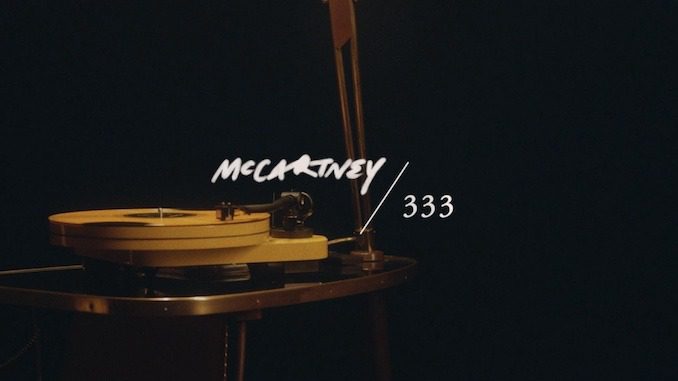 Paul McCartney and Third Man Records have released McCartney/333, a mini-documentary on the vinyl pressing process for the limited “333 Edition” version of McCartney’s 2020 album McCartney III.

A vinyl nerd’s dream, the mini-doc (dir. Ryan Booth) shows the process behind recycling and creating the vinyl, along with interviews of Third Man Records employees (including co-founder Ben Swank) and Rolling Stone journalist Rob Sheffield, and footage of McCartney creating the album. Copies of McCartney and McCartney II were used to make these limited-edition pressings.

Along with the “333 Edition,” McCartney also created a “3333 Edition,” a yellow and black splattered vinyl made exclusively for indie stores, with only, you guessed it, 3,333 copies.