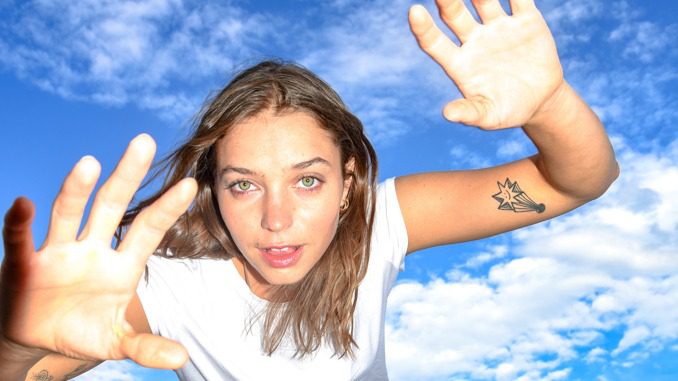 Toronto indie-rock outfit PACKS have shared another new single ahead of their debut album Take The Cake, coming May 21 on Fire Talk Records and Royal Mountain Records. “Two Hands” is our third preview of the record, following “Silvertongue” and “New TV.”

PACKS leader Madeline Link directs and stars in the “Two Hands” music video, which is broken into two distinct halves: In the first, Link is planted (and copiously watered) alongside some pretty flowers, while in the second, she runs through what looks like a neighborhood park in overalls, stopping short to sing her song to the viewer. The visual’s intimate, earthy aesthetic fits well with the shaggy jangle-rock of “Two Hands” itself, which feels grounded, yet carefree with its lightly distorted guitar chords and fuzzy vocal harmonies. There’s a warm crackle to the track, like the happiness of just being out there in the world rendered as sound.

“This song is quite literal!” Link told NYLON, who premiered it. “On the walk home with muddy shoes and a light, almost delirious feeling in my chest that only stomping around in the mud can bring, I started humming the tune and the lyrics followed. A walk can transform your outlook on life, whether you are enraptured by a sunset full of colours only imagined in cartoons, you receive a sweet acknowledgement of existence from a stranger, or you get into a yelling match with a raving skeletor.”

Watch the “Two Hands” video below. You can preorder Take The Cake right here.