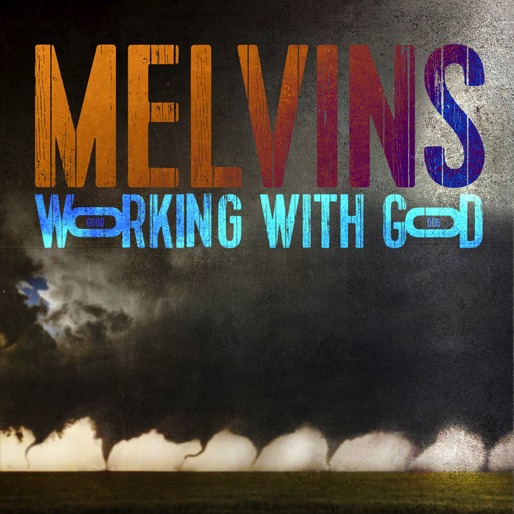 For better or worse, the Melvins will forever be associated with a prevailing pop-culture narrative that’s been reinforced so much over the last 30 years it’s become a minor form of heresy to question it. The history of the Melvins, of course, intertwines with the ascension of Seattle, grunge and, in particular, Nirvana in ways that position the band as a catalyst for all three. While it’s fortunate that the Melvins have always been universally acknowledged for their contribution—their plodding, Black Sabbath-inspired style essentially birthed Nirvana, Soundgarden and Alice In Chains—the reductionist version of the story we’ve been recanting all these years doesn’t serve the band’s accomplishments.

On the one hand, the glare of the Seattle myth is so blinding it overshadows the fact that, in spirit if not in sound, the Melvins were never quite suited for the alt-rock path their musical descendants took. The band’s penchant for noise and experimentalism aligned them much closer with the underground wave that was flourishing like a moss under the rock of the music that became mainstream in the ‘90s. That’s why it makes sense that the band has maintained a long-running relationship with Mike Patton’s Ipecac Records while also working recently with similarly maverick, independent-minded labels like Jello Biafra’s Alternative Tentacles, Tom Hazelmyer’s Amphetamine Reptile and Sub Pop.

On the other hand, the Melvins have never deviated from their initial formula, which makes it all too tempting to dismiss them as a one-trick act. If you go back to the band’s 1987 debut Gluey Porch Treatments, or the compilation of pre-debut material released later as 26 Songs, you’ll hear sludgy riffs, pummeling grooves and punk/metal flare-ups that have an awful lot in common with “Caddy Daddy” and “Boy Mike” off the band’s latest album Working with God. Therein, though, lies the magic of the Melvins: a peculiar and singular ability to offer more and more and more of the same without it getting too same-y.

Depending on how you count, Working with God marks the 33rd full-length Melvins have released over a near-40-year span of more or less nonstop creative activity—an astonishing achievement from a band that has never actually aspired to make the same record over and over AC/DC-style, even if it uses the same building blocks each time. Crucially, since 2006 the creative nucleus of frontman/guitarist Buzz Osborne and drummer Dale Crover have kept themselves on their toes by alternating between no less than seven different band lineups featuring members of Redd Kross, The Butthole Surfers, Mr. Bungle, Big Business and godheadSilo. The “Melvins 1983” moniker used here refers to a configuration that consists of original Melvins drummer Mike Dillard, with Crover reassigned to bass—in the band’s own words, “as close to the original lineup as we’re willing to get.”

Overall, the revolving door approach has paid off quite handsomely, with each album benefitting from an infusion of new blood and fresh enthusiasm. But by kicking the new album off with a cover of the Beach Boys classic “I Get Around,” re-worked here as “I Fuck Around,” it would seem as if the Melvins might be running out of tricks. Likewise, the a cappella doo-wop album closer “Good Night Sweetheart” should be amusing to precisely no one, given how the novelty of wiseass covers wore off three decades ago. In between, the trio interjects snide extraneous sound effects to give the impression that Working with God was thrown together in lo-fi fashion just like the band’s down-and-dirty ‘83 demos. Thankfully, that’s not actually the case. Working with God, in fact, proves there’s a key difference between lack of effort and effortlessness.

The Melvins would have us all believe that they like to “fuck around,” and that they get the results they do by being unfussy, as irreverent with their sound as they are in their band photos. The fact is that Osborne has an uncanny ear for tones, and his ability to dial up subtle textural differences separates each song from the next, a huge—yet almost imperceptible—reason why these albums continue to be so listenable year after year. If you pay close enough attention to “1 Fuck You,” for example, you realize that not only are Osborne and Crover KISS fans (we already knew that), but also that they’re quite sensitive to the production qualities that separate individual KISS albums from one another. Where they’ve revisited KISS’ Hotter Than Hell in the past, here they recreate the vintage feel of 1975’s Dressed to Kill, complete with Ace Frehley-style soloing and a surprisingly agile walking bassline from Crover, who mimics what Gene Simmons internalized from Paul McCartney.

Also easy to overlook are Osborne’s stealth songwriting chops and penchant for where to place a melody. At this point, he could’ve written the chugging guitar riff that drives “The Great Good Place” in his sleep. The verse riff is so rudimentary, a novice walking into Guitar Center for the first time might come up with something like it right on the spot. Nevertheless, you can hum the riff out loud, while Osborne’s echoing vocal lifts the song to a sublime place—as scratchy and flea-bitten as the Melvins like to be, they’re quite capable of making catchy music that’s as anthemic as anything we’ve heard on alternative radio without sacrificing the edge that endears them so much to fans who couldn’t give a damn about mainstream music.

Dillard, a less forceful drummer than Crover, still adheres to the qualities that have run in a through line across the entire Melvins catalog. Indeed, there’s a remarkable, almost impossible consistency to Working with God. The new songs at least appear to say nothing about the world as it is today, practically 40 years after Osborne and Dillard first started the band with future Mudhoney bassist Matt Lukin. The album is defiantly sophomoric, as if the Melvins were in fact raising a middle finger to the very idea of personal growth, or even a recognition of outside circumstances interfering with their desire to goof off. Looking for any insights on how to cope with all the dire truths coming at us every second? You’re barking up the wrong tree if you turn to this record … sort of.

For fans, of course, the middle-finger attitude is part of the charm. If it wasn’t already clear, Working with God shows us that the Melvins are indestructible at this point. Where their single-mindedness might grate from one perspective, from another perspective, they’ve become the picture of dependability we can only hope all bands would reach.