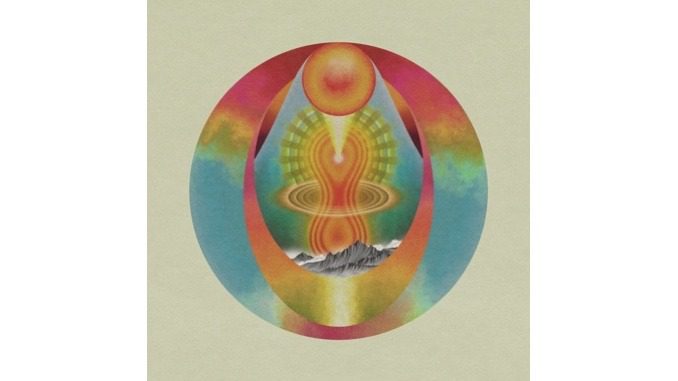 If you’ve ever set foot in Red Rocks Amphitheatre, you know it’s a thin place—aka, a place where heaven and Earth meet. The storied venue’s breathtaking scenery and otherworldly atmosphere are conducive to “Eureka!” moments, epiphanies and realizations of all stripes. So it makes sense that it was there, between those towering rust-colored silhouettes and underneath a Colorado sky dotted with stars, where My Morning Jacket’s members decided they could still be a band. Prior to taking the Red Rocks stage, and following the release of 2015’s The Waterfall and a deluxe reissue of their 2003 classic It Still Moves, the Louisville, Kentucky-bred rock band embarked on a massive tour that ended with a nearly two-year hiatus.

Fast-forward to 2019, when the band (lead vocalist Jim James,
bassist Tom Blankenship, drummer Patrick Hallahan, guitarist Carl Broemel, and Bo Koster on the keys) didn’t “know if we’d make another record again,” according to James. That two-night run at Red Rocks, however, jolted them awake and not only confirmed that they would make music together once more, but also reminded them that their bandhood “felt like coming home,” as Blankenship described it. Later that year, My Morning Jacket started work on what would become their self-titled ninth album, a low-stakes rock record that spends as much time pondering unanswerable questions as it does basking in the well-earned freedom to do whatever the hell they want.

The album itself may feel “like coming home” to longtime My Morning Jacket listeners. My Morning Jacket has every mark of a great MMJ album: widespread jam numbers, thoughtful lyrics that speak to the times and a brush with the psychedelic. But where something like It Still Moves or Circuital soars to untouchable heights, the band’s latest falls flat at a noticeable rate in terms of delivery. A clear existentialist, James has long had the urge to comment on every wrong unfolding in this messed-up world, both in his solo music and on My Morning Jacket records, a habit he pursues to varying degrees of success.

On “I’m Amazed” from 2008’s underrated Evil Urges, James is dumbfounded by a “divided nation” and “lack of faith,” and a few years earlier on Okonokos, he praises the “innovators” over the “imitators.” Similarly exasperated feelings take shape on My Morning Jacket album opener “Regularly Scheduled Programming,” which bemoans our modern tendency to overload and overmedicate, but sounds especially eerie when considered in the context of the pandemic. “Least Expected” then takes a jab at toxic nationalism (“People say we got our own problems to solve here at home / How do we show them that they are wrong?”) and climate change deniers. Of course he’s right, but James’ continued insistence that we’re all asleep at the wheel and in desperate need of a splash of cold water to the face occasionally comes across more like hand-wringing than honest frustration.

Those lyrical misgivings aside, My Morning Jacket have minted themselves as one of the most enthralling live rock acts of the last 20 years, landing somewhere in no man’s land between jam-band mania and indie circles. Their new album is representative of their live show in the best way: It can shift from a rootsy rock number to a hyped-up free-for-all at the drop of a hat, sometimes even within the same song. Take, for example, the roomy melodies of fantasy “Never In The Real World,” which give way to a full-band explosion, which in turn folds into the sprawling nine-minute stretch of “The Devil’s In The Details.”

The latter song acknowledges the grotesqueness of shopping malls and the adjacent horrors of capitalism, but with a healthy dose of humor (beginning with the line, “It happened at the mall / The grand finale of ‘Stranger Things’ / The kid in me remembers how it feels” ). It would be an impressive feat for most groups, but 10-minute stage-shakers are nothing new for My Morning Jacket—James and co. deliver epic musical manifestos with the ease of filling up one’s tank at the gas station (after all, this is the band who once jammed for four rainy hours at Bonnaroo in the late aughts). The Grateful Dead comparisons they’ve amassed over the years are justified.

They stretch out again on the scuzzy “Complex,” which marries Southern rock to blistering psych-rock as James voices his desire “to be loved in these complex times.” The scratchy shades of “Complex” guitar then glide into the introspective fuzz of “Out Of Range Pt. 2,” which seeks to understand why anyone would choose “misery over love.”

James softens on “Lucky To Be Alive,” one of the most fun and carefree tunes on the record, which asks, rather than become obsessed with impending doom, why not just “forget about the stress” and “watch the sun set”? And the relaxed final track “I Could Never Get Enough” is a tender love song that fades into a nearly six-minute instrumental piece.

My Morning Jacket have long been established fixtures in the canon of must-see indie-rock acts. But maybe they needed to remind themselves not only of that position, but also of how it feels to make music purely for the sake of pleasing themselves. My Morning Jacket is the sound of that realization. Thanks to this music and the band members’ revitalized commitment to each other, we can safely assume this essential act has plenty more Red Rocks-level showings in their future.

Ellen Johnson is a former Paste music editor and forever pop culture enthusiast. Presently, she’s a copy editor, freelance writer and aspiring marathoner. You can find her tweeting about all the things on Twitter @ellen_a_johnson and re-watching Little Women on Letterboxd.