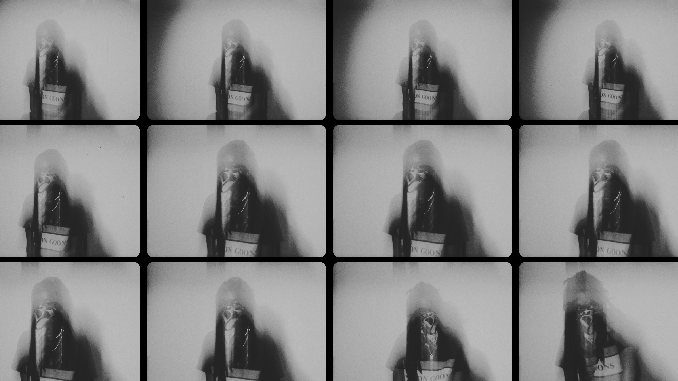 Tuesday, Philadelphia activist and experimental artist Camae Ayewa (aka Moor Mother) announced her first full-length album with Epitaph, Black Encyclopedia of the Air, due out Sept 17. The album, the announcement of which follows the release of the epic single “Kami,” was recorded at home during the pandemic with soundscape producer Olof Melander, and follows 2020’s BRASS, a collaboration with Billy Woods.

Per a press release:

Black Encyclopedia of the Air is here, not to save but to drown you. Heads better learn how to swim cause listen, this record is beat soup, hearty yet still minimal, a sonic mirage of prophetic soul that drop kicks your ‘chill beats to study to’ Youtube playlist and hyper-intellectual rap podcasts into a hadron collider; it’s only black matter on the other side—13 mesmerizing tracks about memory and imprinting and the future, all of them wafting through untouched space like the ghostly cinders of a world on fire, unbound and uncharted, vast and stretching across the universe.

The album contains “13 mesmerizing tracks about memory and imprinting and the future, all of them wafting through untouched space like the ghostly cinders of a world on fire, unbound and uncharted, vast and stretching across the universe,” a sentiment that continues her work with the Black Quantum Futurism collective.

Alongside the announcement is new single “Obsidian,” which features rapper Pink Siifu. Ayewa’s cool, low voice pairs perfectly with Siifu’s more conventional flow, and the stuttering percussion and vocal effects lend the song a quietly ethereal quality. Moor Mother says the track is “about present danger—thinking about one’s proximity to violence.Thinking about violence in the home. Violence in communities.”

The single arrives with a video shot by Ari Marcopoulos at the Coltranes’ old house in Philadelphia. Of the video, the director said ,”We decided to start the video in front of Alice and John Coltrane’s house. Nuff said. I could elaborate if you want me to. But it’s the spirit right there.” Check it out below, along with the gorgeous cover art and tracklist for Black Encyclopedia Of The Air.


Black Encyclopedia of the Air Tracklist: