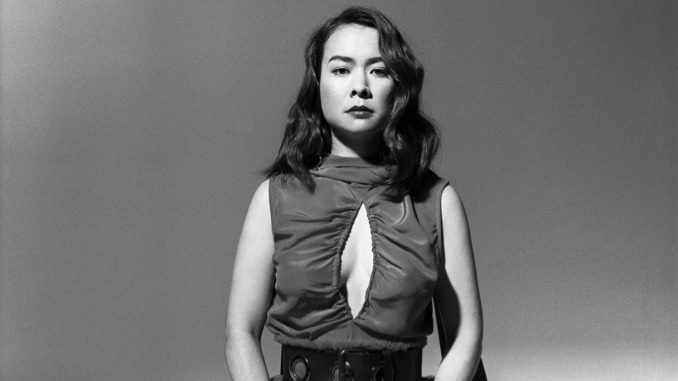 After returning to the spotlight last month with a world tour and her first new single in over three years, Mitski has revealed the centerpiece of her comeback, announcing the follow-up to 2018’s universally acclaimed Be the Cowboy. Her sixth studio album, Laurel Hell is out Feb. 4, 2022, on Dead Oceans, and its second single and video, “The Only Heartbreaker,” is out now.

Lead track “Working for the Knife” dealt with Mitski’s meteoric rise to stardom, and the heavy burdens that came with her ascent—about “being confronted with a world that doesn’t seem to recognize your humanity, and seeing no way out of it,” as she explained upon its release. That track was “a touchstone in creating the overall feel of Laurel Hell,” per a press release, as Mitski wrote the record around how success can create suffering, and how “public perception, like the intoxicating prism of the internet, can offer an alluring façade that obscures a deadly trap—one that tightens the more you struggle.”

“I got to a point,” Mitski admits in a statement, “where I just knew that if I kept going this way, I would numb myself to completion.” So she abandoned the masks of Be the Cowboy, and dug deeper, giving herself room for more nuanced songwriting: “I needed love songs about real relationships that are not power struggles to be won or lost,” she explains. “I needed songs that could help me forgive both others and myself. I make mistakes all the time. I don’t want to put on a front where I’m a role model, but I’m also not a bad person. I needed to create this space mostly for myself where I sat in that gray area.

“I wrote what I needed to hear. As I’ve always done.”

Mitski co-wrote new single “The Only Heartbreaker” with Dan Wilson (Semisonic)—it’s the first co-write in her discography. She explains that the titular heartbreaker represents “the person always messing up in the relationship, the designated Bad Guy who gets the blame. It could simply be about that, but I also wanted to depict something sadder beneath the surface, that maybe the reason you’re always the one making mistakes is because you’re the only one trying.”

An upbeat new wave track that leads with shimmering synths, “The Only Heartbreaker” renders Mitski’s story of romantic imbalance with bold, bright instrumentation, its keys and fuzzy guitar riffs further strengthening her anthemic melodies. “So I’ll be the loser in this game / I’ll be the bad guy in the play / I’ll be the water main that’s burst and flooding / You’ll be by the window, only watching,” sings Mitski, accepting the punishment for her good deeds. The “The Only Heartbreaker” video, meanwhile, co-directed by Maegan Houang and Jeff Desom, renders Mitski’s heartbreaking actions as gradually, then catastrophically destroying the world around her, filming the artist in front of a green screen.

“The worst pain I’ve experienced is when I’ve fully understood the pain I’ve caused another. It’s one of the hardest parts of being human, that no matter our intentions, we’ll inevitably do something hurtful to our fellow man, if not someone we love,” says Houang of the video. “In this case, the harm Mitski enacts in the video is to the world. It’s unstoppable and destructive, but worst of all, she doesn’t even want it to happen. She’s a stand-in for humanity as we collectively do so little to save ourselves and our planet.”

Mitski wrote many of Laurel Hell’s tracks in, if not before, 2018, recording with her longtime producer Patrick Hyland during the pandemic, and finishing mixing in May 2021. As she and Hyland worked, some songs “slowly took on new forms and meanings, like seed to flower,” and the album became “more uptempo and dance-y. I needed to create something that was also a pep talk,” says Mitski.

Watch Mitski’s “The Only Heartbreaker” video and revisit her 2015 Daytrotter session below. You’ll find the details of Laurel Hell and the artist’s tour slate further down.