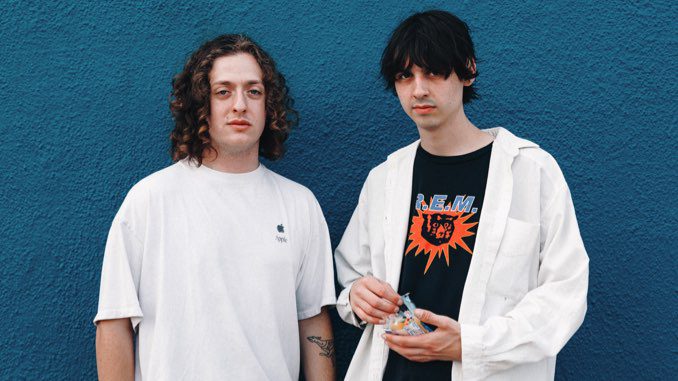 We’ve had our eye (or rather, ear) on Milly for a couple of years now, and are excited to report the Los Angeles band, now a duo, have announced their debut album. The details of Eternal Ring, coming Sept. 30 on Dangerbird Records (Grandaddy, Swervedriver), arrive alongside the music video for lead single “Nullify,” our second preview of the album after last month’s release of opener “Illuminate.”

Milly’s principal songwriter Brendan Dyer and his closest collaborator, bassist Yarden Erez, produced “Nullify” alongside Corey Coffman (Gleemer) in L.A., delivering a characteristically dreamy slowcore song with unexpected flashes of outright emo. Over a wash of whammied chords and a steady arpeggiated riff, Dyer’s vocals consider the costs of emotional labor—he laments, “It’s humbling on the losing end,” but tries to be the bigger person as the song builds to its climax, delivering a standout vocal performance as he repeats, “I would try to soothe your sky.”

“The song is about people who think they can solve other people’s problems for them when they can’t even balance their own shit,” Dyer explains in a statement. “We want to aid others, which is admirable, but first we need to check in on ourselves to decide whether or not that’s actually possible. Anyone can be a hero if they try … ”

Since the days of their acclaimed 2021 Wish Goes On EP, Milly have halved their headcount, and their full-length debut reflects that: “This is Milly with the fat trimmed and the frayed edges cut off,” as a press release puts it. “Everything that we’re doing now was there, but I feel like we just let it marinate a little longer or something—it feels a lot more focused now,” says Dyer.

Milly are currently touring the U.S., with a handful of June shows in their immediate future. On July 29, they’ll share a bill with Launder at L.A.’s Moroccan Lounge.

Watch the “Nullify” video (dir. Justice Vaughn Ott) below, and revisit “Illuminate” and Milly’s 2019 Paste Studio session further down. Keep scrolling for the details of Eternal Ring and the band’s tour itinerary.