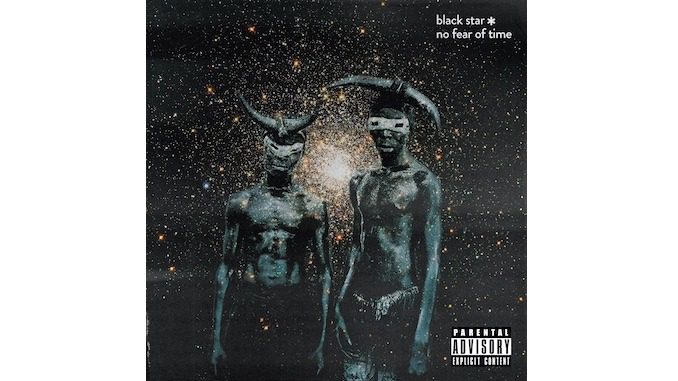 Black Star, the rap duo composed of Yasiin Bey (previously known as Mos Def) and Talib Kweli, have returned. The duo’s debut album Mos Def & Talib Kweli Are Black Star arrived in 1998, and aside from a one-off single in 2011, the two have not made music together as Black Star since. Rumblings of their second album, entirely produced by Madlib, have been circulating since 2019. The album is finally here, titled No Fear of Time.

The album is unique in that it is exclusively released via podcast subscription network Luminary. Bey and Kweli also host The Midnight Miracle alongside comedian Dave Chappelle on the platform. As of now, the album is not expected to be on any other streaming services.

No Fear of Time was also not recorded in any studios and was tracked entirely backstage at Chappelle’s live shows or in hotel rooms. In a press release, Kweli said, “About 3-4 years ago I was visiting Yasiin in Europe and we started to talk about songs to do on an album, so I flew an engineer out just to see what that would be. Once I realized this conversation is starting to organically become a creative conversation, I started making sure to have the engineer around at all times.” The result is what Luminary refers to as a “guerrilla style” album, bursting with spontaneity over Madlib’s soulful production.

Below, revisit the album trailer and sign up for Luminary to listen to No Fear of Time here. You can also revisit Paste’s favorite albums of 1998 here.