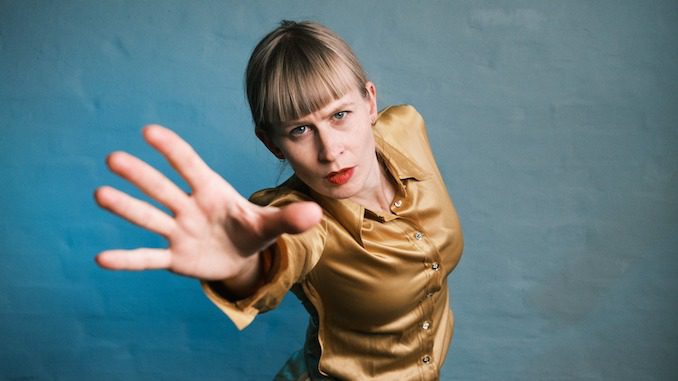 Following the release of her cover of “Sunbathing” by Lush on 4AD’s 40th anniversary compilation, Norwegian avant-garde musician Jenny Hval has formally announced her signing to the label with her debut single, “Jupiter.” The single follow’s Hval’s 2019 album The Practice of Love, and Menneskekollektivet, her 2021 collaboration with Håvard Volden under the name Lost Girls.

“Jupiter” evokes a sense of wonder and euphoria, with crashing drums lulling into pitter-patters that sneak behind Hval’s voice. It ebbs and flows, eventually settling into a drone. The accompanying video, directed by Zia Anger, documents a psychedelic hot air balloon ride featuring interesting characters and surreal shops in the middle of a desert.

Of the single, Hval said:

When I wrote the music for this song in 2015, it had no lyrics, and I did not understand where it came from. It was a strange creature that moved from one genre to the next like a slide show and crashed into a chorus full of cymbals. Six years later “Jupiter” has become a post-apocalyptic road trip. It begins by the art installation Prada Marfa in Texas, but turns into a game of identification and absurd imagery. The song winds its way through a desert-scape where values, genres, representation and relationships are breaking down. It tickles our death drive and throws us into space.

In addition to the signing announcement, Hval will embark on a tour which will make stops across Europe and North America beginning in March 2022. Tickets go on sale at 10 a.m. local time on Friday, Nov. 12.

Below, watch the video for “Jupiter” and stream the track on your preferred platform here. Keep scrolling to check out Hval’s complete tour dates.