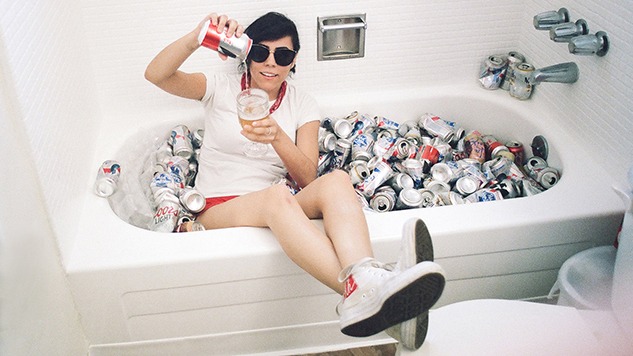 If you were wondering what that secret Occult Classic project was all about, here’s your answer. DIY tenderpunk pioneers Illuminati Hotties are back with a new album Free I.H.: This Is Not The One You’ve Been Waiting For, out July 17. The lead single “will i get cancelled if i write a song called, ‘if you were a man, you’d be so cancelled’” is out now with what might be the best video yet this year.

Following the drama with indie record label Tiny Engines, Illuminati Hotties were forced to take matters into their own hands. This new, self-released record reckons with breaking free from the legal battle the punk crew had to deal with, though in a playful, badass way. Whereas the band typically sings fun indie songs, this new single finds them in assertive, raw punk territory. It clocks in at a minute and 15 seconds—a brief outburst until we’ll receive the whole “mixtape” in a week.

Watch the unhinged video for “will i get cancelled if i write a song called, ‘if you were a man, you’d be so cancelled’” below.