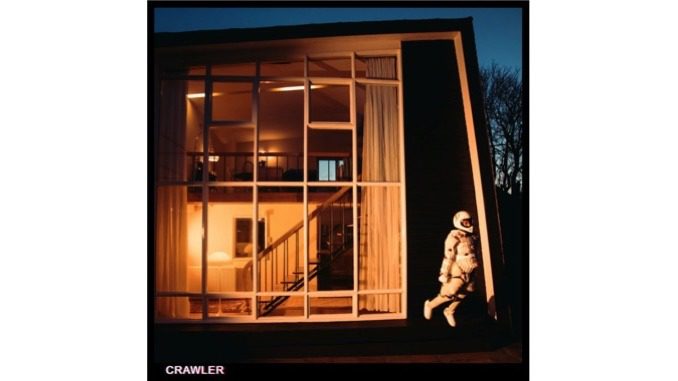 The English quintet IDLES (Joe Talbot, Adam Devonshire, Mark Bowen, Lee Kiernan, Jon Beavis) have been one of rock’s premier acts for the last half-decade, releasing four records in as many years and even making NPR’s Tiny Desk space look like an absolute rager. Their last effort, Ultra Mono, was another collection of their thematic cornerstones: a sharp focus on tackling capitalism, mental health and toxic masculinity. Particularly when performing live, they bring gigantic attitudes of humor to rival the energy of their songs—both catalyzed by Talbot and company’s willingness to critique themselves on the biggest stages. That being said, IDLES are an acquired taste. Talbot’s vocals are as brash and shattered as those of his mid-20th century European punk forefathers, like Gang of Four, Bauhaus and Fear. But just as fellow heavy band Deafheaven did with Infinite Granite earlier this year, IDLES have become accessible to more casual listeners on their newest LP, CRAWLER. The core sound that’s helped build their fanbase isn’t gone. Instead, the guys are working at a much different pace—one where they find their bearings through storytelling instead of just kicking their voices up loud. For the first time, IDLES are embracing the quiet parts of their hardcore tendencies, arriving with a record living at the intersection of addiction, mental illness and fame.

After earning a programming credit on Ultra Mono, Connecticut instrumental chef Kenny Beats returns on CRAWLER as co-producer (with the band’s Bowen). It’s already been a solid 2021 for Kenny Beats—with his work on Denzel Curry’s Unlocked 1.5 and Vince Staples’ eponymous record earning him critical favor—but CRAWLER is immediately the most inspired part of his discography. His fingerprints are all over the record, whether they take shape as swelling electronic capillaries paired with Talbot’s glitchy vocals on “Progress,” or as the pulverizing glam-rock of “The Wheel”—he asks IDLES to step out of their wheelhouse with an unmatched ferocity. “On [CRAWLER], our dissolution of ego was helped by Kenny’s humble nature and willingness to learn. He has boundless fucking passion for making the best song possible,” Talbot said of the producer’s influence in the album’s bio.

Talbot considers a “crawler” to be what’s at the center of addiction: “someone on their knees, someone praying, someone surviving” through the grit of it. The record embodies survival, whether it’s through car crash imagery (“MTT 420 RR,” “Car Crash”) or moments of perfectly placed humor to counteract fits of affliction. On the soulful grooves of “The New Sensation,” Talbot asks the listener to “shake your tiny tushy like you don’t give a shit”; on “MTT 420 RR,” he likens the body of a dismembered motorcyclist to a jelly roll. “When the Lights Come On” is a post-punk, pub-crawl nightmare of self-doubt. Talbot sings, “I shudder like I’m all bereft / I danced grief from my pores,” as if he’s looking for some kind of catharsis in the middle of a mosh pit, but has only found more bodies like his own.

The explicit cautionary tale of “Meds” transports us directly into the thick of CRAWLER’s protagonist’s addiction. “Drugs lost what I had found / Burnt friendships to the ground / Turn my frown upside down / And medicate, meditate, medicate,” Talbot plainly tells us. There’s no runarounds or filler on this LP. “Wizz,” a 30-second thrashing of grindcore head-fog, and “Stockholm Syndrome,” a reactionary sparring session taking aim at performative revolutionaries, get in your face and writhe with vitriolic spite. “Crawl!” is classic IDLES: a smothering of insurmountable punk rock, mixed with pummeling self-flagellation. Talbot cheekily sings, “God damn I’m feeling good / Said the liar to the congregation / And I know I’m not what I should / That’s why I’m smashing my pretty face in,” atop the rage of Kiernan’s slithering guitar. On penultimate track “King Snake,” Talbot condenses the wrath of addiction into an egoless proverb of numbness: “I’m the duke of nothing / I’m the sultan of sans / The king of diddly / I’m the shell of a man,” he reckons.

But it’s impossible to consider the magnitude of CRAWLER accurately without absolutely crushing on its first single, “The Beachland Ballroom.” The song, titled after the historic venue on the east side of Cleveland, is the zenith of the record—a vulnerable work of art where Talbot transcribes either an anxiety attack or an explosive performance, depending on what perspective you bring to it. Talbot sings, “They could hear me scream for miles / The silence ringing for days,” atop a lingering one-note piano. IDLES could’ve played it safe and delivered another album about the urgent socio-political currents and mental health issues surrounding them. Instead, they’ve never delved so deeply inwards. CRAWLER is a project about flaws, healing and reclamation. It’s a remarkable, haunted and resonant touchstone for rock and roll, a record unafraid of its own emotions and openness—full of stories worth returning to and untangling a hundred times over.