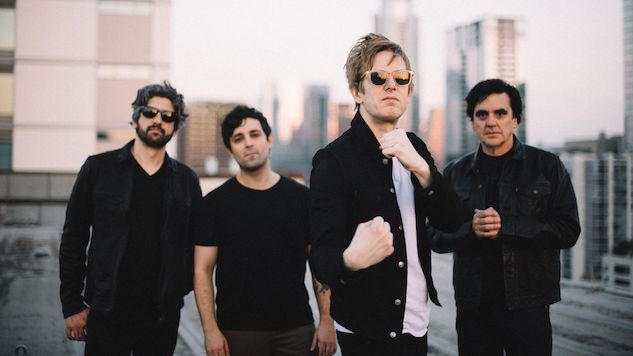 Beloved Austin indie rock band Spoon have never scored a hit on the Billboard Hot 100. They’ve never commandeered pop radio. But have they assembled one of the most devoted followings in 21st century rock music? Absolutely.

In fact, last summer they released a greatest hits album, Everything Hits At Once: The Best of Spoon, whose title is a nod to the first song on their 2001 album Girls Can Tell. We rounded up the band’s best songs in honor of the occasion. One of those tunes, “Stay Don’t Go,” is from their 2002 album Kill the Moonlight. Also from that album is “Back To The Life,” which the band performed at a Daytrotter session on this day (June 16) in 2008. They also performed a cover of Paul Simon’s “Peace Like a River,” from his 1972 self-titled album.

Listen to Spoon’s 2008 Daytrotter session below, and/or download it on NoiseTrade right here.