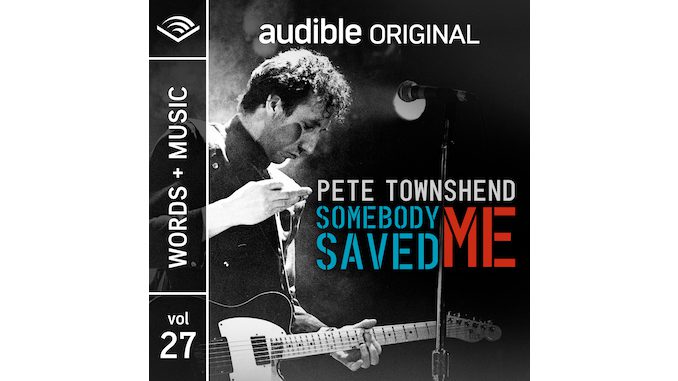 In Audible’s Pete Townshend: Somebody Saved Me, The Who’s legendary guitarist guides listeners through 24 of the band’s most tumultuous and high-profile years, from drummer Keith Moon’s death in 1978 to the 2002 passing of their bassist John Entwistle. Premiering today, May 6, and co-produced by Audible and Gunpowder & Sky, Somebody Saved mMe is the 27th entry in Audible’s Words + Music series. You can hear a Paste-exclusive clip from the two-hour music/storytelling hybrid below.

“Townshend is honest about his victories and his failures in years spiked with conflict and resolution, the sacred and the profane, love and loss, ” Somebody Saved Me press materials summarize. “Townshend punctuates his memories with the songs that came out of his life in that time—’Let My Love Open the Door, ’ ‘Slit Skirts,’ ‘You Better You Bet,’ ‘Eminence Front,’ and more as you’ve never heard them before.”

it’s loss that’s central to the clip below, in which Townshend looks back on the 1979 Cincinnati tragedy, in which 11 fans were killed by a crowd crush outside of the who’s soundcheck at the venue where they were performing. He describes the tragedy as “heart-crushing,” particularly coming as it did in the wake of Moon’s death, and adds, “i don’t think any of us really recovered.” In the hours that followed, the band struggled to grasp the weight of what had happened, moving on to their next show, but unable to escape that “most incredible taint on the music business that we loved,” Townshend recalls. It’s a stark account of the sort of devastating lows that often accompanied the soaring highs of rock and roll’s golden age.

Listen to the clip below and watch a 1970 The Who performance from the Paste archives further down. You can hear the rest of Somebody Saved Me via Audible.