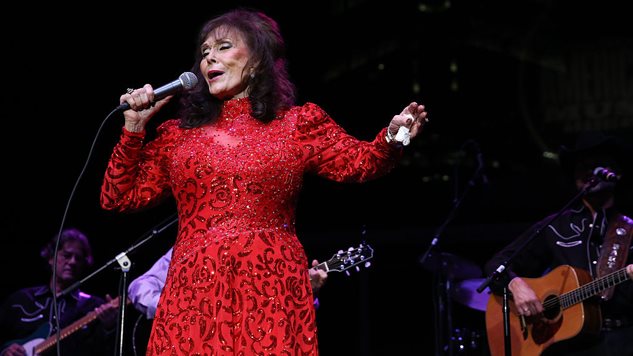 From deep in the Bluegrass State (Butcher Holler, Ky., to be exact) comes Loretta Lynn, one of the foremost country pioneers of the last six decades. Lynn has released dozens of solo albums and even inspired a movie about her life, career and beloved rags-to-riches story (Coal Miner’s Daughter, in which the lovely Sissy Spacek plays Lynn).

Two years after that film was released in 1980, Lynn recorded this set for the Silver Eagle Cross Country Radio Concert Series in 1982, basking the popularity bolstered by the successful film. She packed a lot into a fairly short set, including the titular song from Coal Miner’s Daughter, “You Ain’t Woman Enough” and “Silver Threads and Golden Needles.”

Lynn actually released an album recently, 2018’s Wouldn’t It Be Great. Now 88-years-old, there’s no telling whether or not she’ll release more music—but don’t you dare put it past her.

Listen to the entire Loretta Lynn concert from 1982 below.