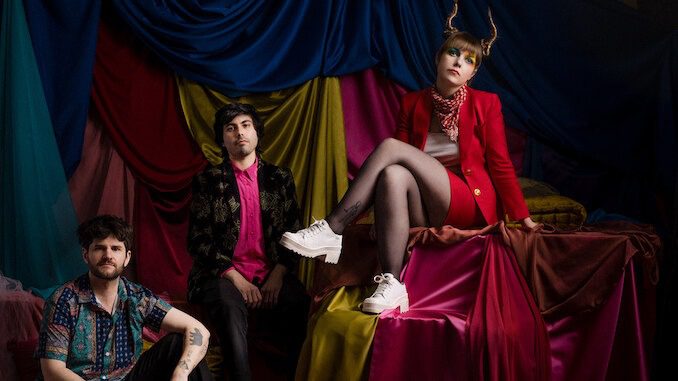 New York-based art punk band Guerilla Toss have been beloved underground figures for the past decade. Today (Jan. 12), the band takes the next step and announced their signing to legendary Seattle-based label Sub Pop. The band will be releasing their forthcoming album Famously Alive on March 25 as their debut for the label.

“It felt like I didn’t need to force myself into this dark place to create anymore,” Carlson said about the creation of Famously Alive. “For the first time in my life, I feel like I’m finally comfortable inside my body.”

The announcement is paired with a colorful and surreal new single and video for “Cannibal Capital,” directed by Lisa Schatz. Playful tropical drums and glitches underscore Kassie Carlson’s unnerving harmonies, clashing with fuzzy guitars. The video further plays on this artificiality, as Carlson is slathered in makeup and masked dancers prance around.

Guerilla Toss will also embark on a 16-date tour across North America, kicking off in Richmond, Virginia and ending with two dates in Brooklyn, New York.

Below, watch the video for “Cannibal Capital” and keep scrolling for complete details of Famously Alive as well as their upcoming tour dates in support of the album. You can preorder the album here.