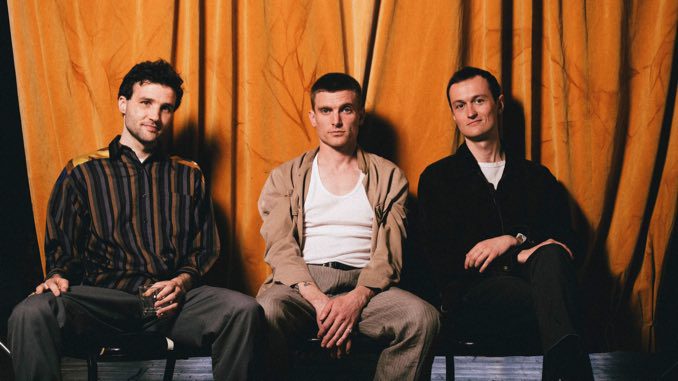 Ought is dead—long live Ought. The Montreal post-punk powerhouses announced their breakup on Wednesday after nearly a decade as a band. However, two of the quartet’s members, Tim Darcy and Ben Stidworthy, have formed a new band, Cola, with US Girls drummer Evan Cartwright. The trio have shared their first single, “Blank Curtain,” and signed to Fire Talk Records (Dehd, Mamalarky).

Ought announced their dissolution in a statement shared on Instagram:

To everyone who supported us, came to a show, and cared about us:

We are no longer active as a band. When we started Ought in 2012 we had no greater aspirations than to play and write music together, and the fact that we were able to tour the world to such an extent and share so many rooms with so many of you has meant the world to us. We send lots of gratitude and love to all those we met and worked with along the way.

Going forward, you can check out Cola, a new project featuring Tim D. and Ben. We’ll keep this channel active to share any relevant news from members of the band.

Ought self-released their debut EP New Calm in 2012, and would go on to release five more records, including three acclaimed LPs—2014’s More than Any Other Day, 2015’s Sun Coming Down and 2018’s Room Inside the World—as well as two other EPs, 2014’s Once More With Feeling and 2018’s Four Desires. Darcy released his solo debut Saturday Night in 2017.

“What started as stripped-down open D songwriting with a CR-78 soon became a full album and new band. We wanted to see how far we could stretch our compositions with just drums, one guitar, one bass, and one voice,” said Cola in a statement. “‘Blank Curtain’ is a quarter note kick drum pushing 240 bpm, a drone-like chord progression, and declarative vocals cutting through the haze. If you could invert the color of the Blank Curtain, you might have something like a Chicago house track that sounds like a band in a room.”

Cola will make their live debut at Brooklyn’s Baby’s All Right on Nov. 16. Further details and ticket info here.

Listen to “Blank Curtain” below, along with an Ought classic.