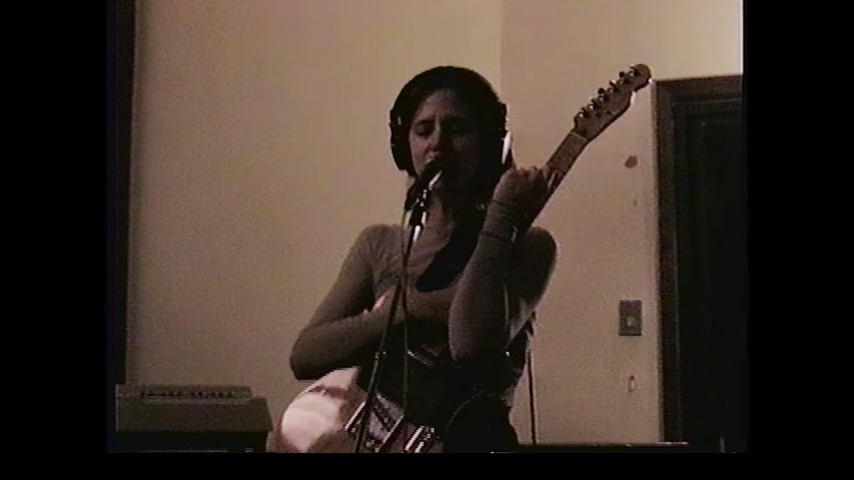 Montreal-based singer/songwriter and Paste Best of What’s Next pick Helena Deland finished recording her acclaimed debut album Someone New in February 2020, just before the pandemic took touring off the table.

“I’ve never experienced releasing a record and leaving to tour it for six months, a year right after, but I can imagine that is definitely a way to sustain a very close relationship to that record,” Deland told Paste late last year. “So it’s interesting to have it feel like a page that is turned already, you know?”

Fortunately for us, Deland found another way to maintain her connection to Someone New, performing the album in its entirety at Mixart Studios in Montreal, and releasing that full-band performance today (Feb. 12) at noon ET via YouTube. Paste has the pleasure of premiering a video of Deland’s opening number, Someone New’s title track.

Backed by Christophe Lamarche-Ledoux on keys, Alexandre Larin on guitar, Laurie Torres on bass and vocals, Rosie Long-Decter on keys and vocals, Francis Ledoux on drums and her Hildegard bandmate Ouri on cello, Deland appears utterly wrapped up in the music as she performs, a mixture of quiet intensity and, occasionally, buoyant delight.

Recorded in December 2020, the full-album performance video was directed by Megane Voghell, who shot it alongside Ménad Kesraoui and Antoine Giroux, and edited by Xavier Lévesque. “Helena is someone I admire deeply not only for what she creates but how she creates it,” Voghell tells Paste. “The steps an artist takes to put something out into the world reveal a lot about their aim, their vision, what they cherish, their generosity … and I wanted to touch on these very things with this live session.”

Before spending two full days in the studio with Helena, her band and my tiny crew, I made it clear that I would only be a witness. I would bring nine cameras and two other creators with me (Ménad Kesraoui + Antoine Giroux) and we would just look, observe and capture. I believe this stance was felt as an unconscious relief for everyone participating in the project. There was no pressure of creating yet another spectacle, another piece of entertainment. Rather we would all be ourselves truly, producing and noticing details, making a whole out of them, and together we would offer a glimpse into the essence of Helena Deland’s sensitive realm.

“This session was the finish line of weeks of practicing in a space that allowed distancing, and though things are slightly different with Covid related precautions, the energy and joy that comes out of getting together to play music is wildly invigorating, and this is especially obvious in this energetically low era,” says Deland. “As for playing music with people for people, or being part of an audience, I think the special glow of those moments is bound to increase tenfold when we can safely engage in them again. Until then, this is a heartfelt effort to share some warmth, although virtual, and spend some time, although not simultaneous.”

Watch Deland and her band perform “Someone New” below and revisit our Best of What’s Next writeup on the artist right here. You can catch her full-album performance via
YouTube starting at noon.