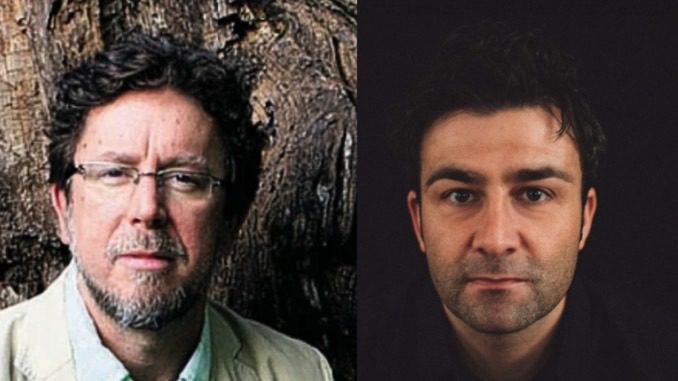 Tom Franklin is a proudly Southern author, and he has found that his sense of place and identity is firmly fixed.

“It’s lodged there,” Franklin says, “And I just can’t get away from it, away from certain events there, some of them not good. The place haunts me.”

For this week’s episode, Franklin reads two pieces of short fiction. These are sometimes referred to as flash fiction or shorts, and like the best songs, they are works of radical compression. In fact, it is the limitation of the form that keeps Franklin intrigued.

“I find it quite hard to make one that works,” Franklin says. “With so few words you really can’t let anything go astray. Everything has to be right on the mark.”

Songwriter Ben Glover is from Ireland, but like Franklin, he has a deep connection to the American South. Glover described a connection he experiences, an invisible, almost-spiritual bond between Ireland and the South.

“I do believe it’s the turbulent history of the two places,” Glover says. “Coming from the north of Ireland, where I grew up, it’s always been a troubled country. It sharpens your senses, especially when you go into other places that may have had a turbulent history.”

Glover struggled to encapsulate Franklin’s two pieces into the song he wrote in response. In part this was because—like a lot of the people in Franklin’s work—the characters in these pieces are difficult, unruly and fierce.

The key to Glover’s song, which was written with his band, The Orphan Brigade, was in embracing the hardest parts of the stories.