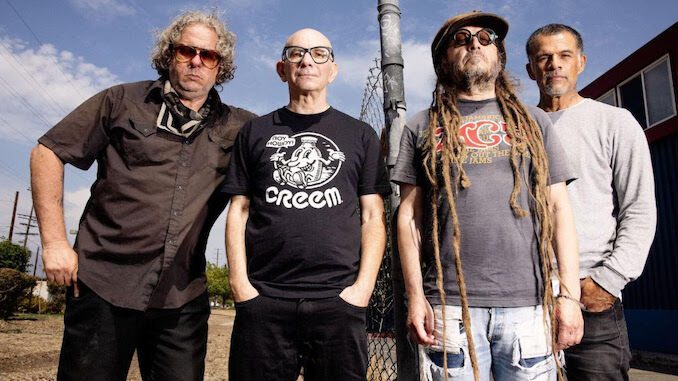 Circle Jerks, the hardcore punk legends, are hitting the road again! Fronted by Keith Morris, who is also known for his work in OFF! and Black Flag, the band will be extensively touring with support from Negative Approach and 7 Seconds. The Bouncing Souls are also expected to perform on the final date of the tour in Los Angeles, California. The band is currently finishing out 2021 with select dates alongside Negative Approach, Municipal Waste and Adolescents.

Circle Jerks were initially supposed to tour in 2019 in support of the 40th anniversary of their landmark debut Group Sex but the pandemic forced the tour to be postponed. In 2022, the band will finally be able to properly commemorate an album that influenced countless bands from the Red Hot Chili Peppers (who are also embarking on a tour next year) to the Butthole Surfers. Accompanying Morris for the touring lineup will be fellow founding member Greg Hetson on guitar, ex-member Zander Schloss rejoining on bass and former Queens of the Stone Age member Joey Castillo on drums.

Revisit our conversation with Keith Morris here. Keep scrolling for complete tour details. Tickets are on sale now to the general public.