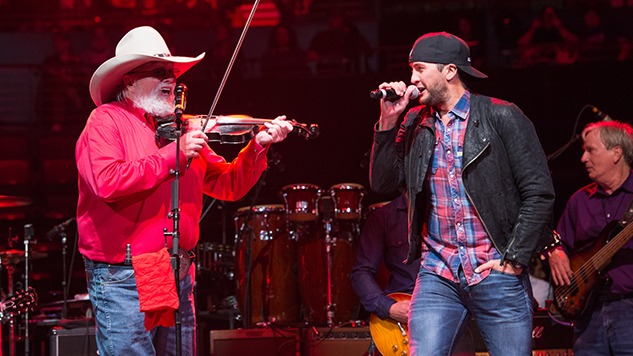 Charlie Daniels died this morning after suffering a hemorrhagic stroke, per The Tennessean. He was 83 years old.

The multi-instrumentalist, singer and songwriter was born in Wilmington, N.C., in 1936. He was most known for his 1979 hit, “The Devil Went Down to Georgia,” but had his hands working behind the scenes in major musical projects spanning decades and styles. As a teenager, he co-wrote a single for Elvis Presely, “It Hurts Me.” Later on, working as a Nashville session musician, he played on Leonard Cohen’s Songs from a Room and Songs of Love and Hate as well as Bob Dylan’s Nashville Skyline, Self Portrait, and New Morning.

Shortly after releasing his self-titled debut in 1970, Daniels formed the Charlie Daniels Band, whose 1979 record, “The Devil Went Down to Georgia” became one of the year’s highest selling records, earning them the 1980 Grammy for Best Country Vocal Performance by a Duo or Group. Daniels continued performing music both in and outside of CDB up till his death, becoming an official member of the Grand Ole Opry in 2008 and a Country Music Hall of Fame inductee in 2016.

Listen to Daniels’ classic song below, and check out a full 1978 concert via the Paste vault further down.