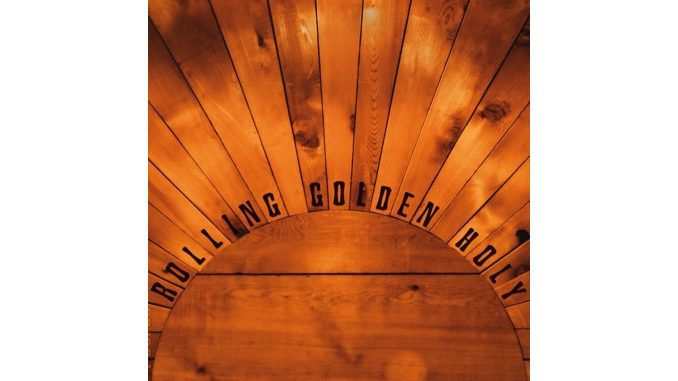 On Bonny Light Horseman’s self-titled first album in 2020, Anaïs Mitchell, Eric D. Johnson and Josh Kaufman dug into folk songs stretching back hundreds of years. For their second album, the trio wrote a batch of original songs that feel as though they could span centuries.

Rolling Golden Holy features 10 new songs steeped in anachronism. If part of the fun on Bonny Light Horseman was guessing how old each song was, this time around it’s trying to figure out in which era the songs are set. Some of them could be last week, while others feel wonderfully timeworn and weathered, like a family legend passed down through the ages. Regardless, Rolling Golden Holy is in some ways the stronger album, on songs that play to the musicians’ abilities in a way that ancient cover tunes couldn’t.

There’s a decidedly autumnal feel to the new songs, and not just because the leaves are changing outside. “Summer Dream” and “Gone by Fall” make explicit reference to the seasons. The former drifts unhurriedly along on a bed of acoustic and electric guitars and languid, sensuous vocals from Mitchell, whose penchant for repetition enhances the hazy, late-July reverie feel of the song. “Sometimes I dream you were in my summer dream again,” she sings on the refrain. She later refers to the “screen door screen,” which takes charming right up to the edge of overkill without going over it. While “Summer Dream” is thinking back on a perfect moment, “Gone by Fall” is looking ahead to when a consuming love grows less ardent. Johnson sings lead, accompanied by intricate fingerpicked guitars, and the feeling is somber, regretful and achingly beautiful.

The title track on the first album was a lament dating from one of Napoleon’s wars. Military service is a thread running through many of the songs on Rolling Golden Holy, too. The narrator on “Someone to Weep for Me,” who comes from “a long line of nobodies,” marches off to an uncertain future yearning for a love who will mourn him if the worst happens. Johnson sings lead, backed by layers of almost jaunty guitars and close harmonies from Mitchell. Elsewhere, “Comrade Sweetheart” never refers directly to armed conflict, but the song anticipates loss, and Mitchell and Johnson’s protagonists seem to be anticipating a lifetime of absence when one is separated from the other.

Johnson, Kaufman and Mitchell have said that they wanted their second album to explore the boundary between traditional and modern folk music. These 10 songs demonstrate that in the right hands, there’s no boundary at all. Rolling Golden Holy is a contemporary folk classic with songs that wouldn’t have sounded out of place 50 or 100 or 150 years ago. It’s an ageless album for the modern age, by a group coming into the full scope of their abilities.