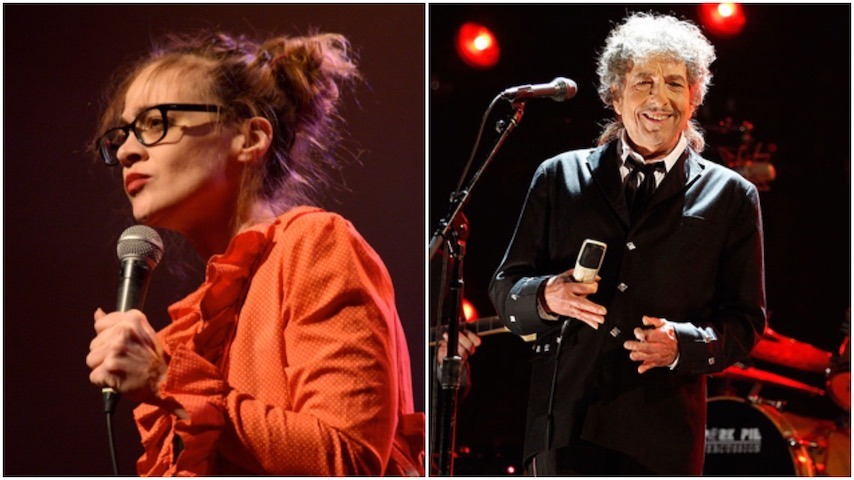 Bob Dylan’s new album Rough And Rowdy Ways is finally out this Friday, June 19, and Fiona Apple is credited as an “additional musician.” Yep, the iconic singer/songwriter who just put out the dazzling Fetch the Bolt Cutters is listed on the liner notes, per screenshots circulating on Twitter.

The two—who most people probably wouldn’t associate with one another—actually took a photograph together at the 40th Grammy Awards back in 1998. She collaborated with his son, Jakob Dylan of the Wallflowers, on the soundtrack for the documentary Echo In The Canyon.

Apparently her contribution is not too noticeable, but it should be interesting to see what it is. Preorder the album here.