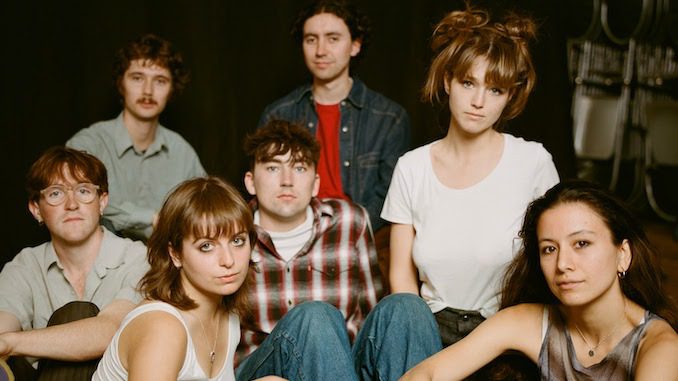 Black Country, New Road rung in 2021 with the release of their debut album For the first time, becoming critical darlings all over the world. Today (Oct. 12), they go two for two with the announcement of their forthcoming album Ants From Up There, set for release on Feb. 4, 2022, via Ninja Tune.

Alongside the announcement comes the aptly titled single “Chaos Space Marine,” which is, well, chaotic. Guitars and strings clash and rise together in beautiful, dissonant bliss, proving Black Country, New Road are at the forefront of ushering in a new era of experimental music.

Speaking of the recording of the album over the summer, bassist Tyler Hyde said, “We were just so hyped the whole time. It was such a pleasure to make. I’ve kind of accepted that this might be the best thing that I’m ever part of for the rest of my life. And that’s fine.”

Below, listen to “Chaos Space Marine” and keep scrolling for complete details of Ants From Up There. You can preorder the album ahead of its Feb. 4, 2022, release here.

Ants From Up There Artwork:

Ants From Up There Tracklist: