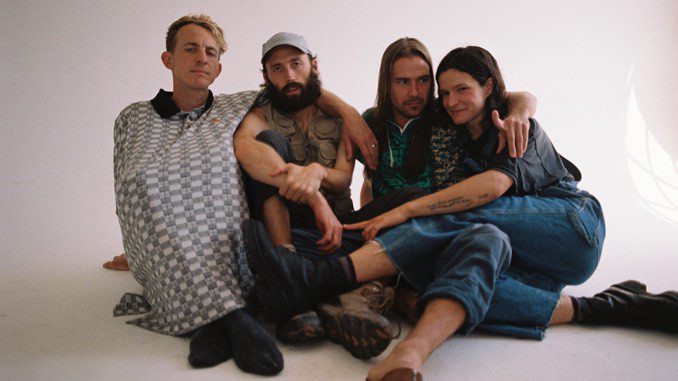 Big Thief—the indie-folk Voltron of Adrianne Lenker, Buck Meek, Max Oleartchik and James Krivchenia—have shared new music for the third time in as many months, releasing “Change” and announcing a spring North American tour. Though the band have yet to announce a new album, their current string of singles, which also includes “Little Things,” “Sparrow” and “Certainty,” suggests that the follow-up to 2019’s U.F.O.F. and Two Hands is somewhere up Big Thief’s sleeves.

Previewed during the band’s September Pitchfork Music Festival set, “Change” radiates wisdom and inner peace, gently suggesting (without insisting) that life’s evanescence is essential to its meaning. “Would you live forever, never die / While everything around passes? / Would you smile forever, never cry / While everything you know passes?” Lenker asks over acoustic strums and minimalist low end, with Meek’s electric guitar and hardly noticeable synths sneaking occasionally into the mix. The band’s unassuming instrumentation only amplifies the song’s core concept, which manages to imbue even death itself with a sense of wondrous possibility: “Death / Like a door / To a place / We’ve never been before.”

Having spent most of September on a U.S. tour, Big Thief return to the road for previously announced spring 2022 shows in the E.U. and U.K. Their new North American dates begin in Ithaca, New York, on April 12, stretching across the country (and into Canada for a show or two) and concluding with a mid-May stop in Pioneertown, California. They’ll also perform at Berlin’s inaugural Tempelhof Sounds festival in mid-June. Tickets are on sale this Friday, Oct. 8, at 10 a.m. local (Spotify presale starts Thursday, Oct. 7, at 10 a.m. local).

Listen to “Change” and revisit Big Thief’s 2016 Daytrotter session below. You’ll find their tour dates further down, with newly added shows in bold.