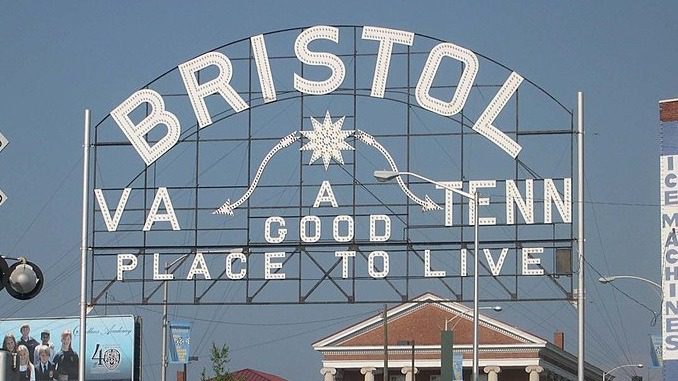 The state line runs down the middle of main street in Bristol. Walking from Tennessee to Virginia is as simple as crossing State Street, the heart of Bristol’s small downtown. You can grab lunch in one state, run over to the other for dessert, and then return to where you parked your car in the first one, all by walking from one curb to the other and back. When you’re in Bristol, you’re not just in one state; you’re a little bit in Tennessee, a little bit in Virginia, but mostly just in Bristol.

Bristol might be best known for the Bristol Motor Speedway, and race fans will find an amazing mural of Dale Earnhart and Richard Petty on State Street, but there’s far more to the town than racing. Bristol is a charming, laidback little town in the foothills of the Appalachians that played a massive role in the development of one of America’s most popular types of music. It’s also a relatively short drive from multiple major cities throughout the Southeast and Atlantic Seaboard, and even into the Midwest. If you’re looking for an unforgettable weekend getaway in a town you’ve never visited before, Bristol needs to be on your radar.

Bristol’s historic connection to country music is the town’s pride and joy. It’s known as the Birthplace of Country Music, and music has helped energize downtown Bristol and turned it into the tourist destination you’ll find in the 21st century. In Bristol’s case “country” doesn’t just mean the stuff you’ll hear on the radio today. The town has a larger connection to the myriad of styles and traditions that influence and grow out of country music, from folk and bluegrass to country rock and Americana.

The heart of Bristol’s identity as a music town dates back to 1927. That summer a Victor Talking Machine Corporation talent scout and record producer named Ralph Peer set up a portable studio in Bristol and recorded almost 80 songs by over a dozen different groups and performers, covering a wide variety of folk and traditional music from Appalachia and the Southeast. These sessions marked the first professional recordings of Jimmie Rodgers, who became the first true superstar of country music, as well as the discovery of The Carter Family, who helped shape the development of country music over the next century as much as anybody else.

The story of the Bristol Sessions is brought to life at the Birthplace of Country Music Museum, which sits just two blocks from where the music was recorded almost a century ago. Built in 2014, the museum is a modern multimedia exploration of the sessions, the artists, their instruments, and the culture that created them. You’ll find films and the kind of interactive exhibits you’d expect from a museum in the 21st century—including a booth where you can record yourself singing along to certain songs from the sessions—along with information on every song and performer. The museum offers a thorough study of what has become known as “the Big Bang of country music,” and anybody interested in the history and culture of the South will probably appreciate it, whether they’re a fan of country music or not.

The museum underscores that these performers largely weren’t professionals. They were farmers, miners, clergy, everyday people who came from small towns and cities throughout the Southeast to record the folk songs they’d play at home or at church. Rodgers, one of the few who already had professional entertainment experience when he cut his first sides at Bristol, became the most successful of the performers recorded by Peer in 1927, but every musician who walked into Peer’s makeshift studio that summer made a crucial contribution to the rise of country music as a commercial enterprise, and also to the historical and musicological record of the South.

As significant as they are, the 1927 sessions aren’t the full extent of Bristol’s musical heritage. Due to its cultural and geographical importance to the region, it has a longtime connection to folk, bluegrass, and Appalachian music. You’ll hear strains of it all playing throughout Bristol. Beyond the museum, you can take in live music at a number of venues on and around State Street, including the newly refurbished Cameo Theater. The brand new Sessions Hotel, which opened during the pandemic inside three century-old buildings on State Street, recently christened the Lauderdale Stage, named after singer-songwriter Jim Lauderdale; the wooden stage sits on the lawn between two of the hotel’s buildings, with the patio for one of the hotel’s restaurants nearby and a rooftop bar overlooking it. You’ll hear live music coming from stages on the outdoor patios of restaurants, or wafting out of downtown bars. It’s not close to the size of an Austin or a Nashville, but it has a similar spirit, and that smaller scale makes it far more manageable and intimate. And every September the whole town unites to celebrate its heritage with the Rhythm & Roots Reunion festival, with live music all weekend along across 20 stages and venues. This year’s festival, which happens between September 10 and 12, will feature headliners like Jason Isbell, Tanya Tucker, and Dr. Dog, along with almost 100 other acts.

Elsewhere in Bristol, two sound engineers from Cleveland keep the spirit of 1927 alive by reviving old traditions at the Earnest Tube Recording Studio. The small, single-room lies just across the street from where the long-demolished building that housed Peer’s sessions once stood. Owners Clint Holley and Dave Polster record artists roughly the same way Peer would have in 1927, in one take with a single microphone in an open room, cutting the music direct to lacquer. The warmth and vulnerability of these single-take performances, captured on archaic equipment, evokes the honesty and unvarnished power of those songs recorded by farmers and miners back in ‘27.

There’s more to Bristol than music, of course. Downtown Bristol is home to art galleries, restaurants and bars, stores and boutiques, an old-fashioned lunch counter, and, weirdly enough, at least two different amusements dealers—places where you can’t actually play pinball machines but can rent, buy, or have them repaired. (Don’t worry, pinball fans: you can play the game itself at Flip Side, which has over three dozen machines in great working order, as well as many classic arcade games.) And at the heads of State Street you’ll find Bristol’s iconic sign, which commemorates its unique connection to both Tennessee and Virginia and touts it as “a good place to live.” Originally erected in 1910, and changed to the current slogan in 1921, this sign is the best photo opportunity in Bristol, and the best place to shoot it is anywhere along State Street.

One place you have to eat at during a trip to Bristol is Burger Bar. This restaurant has been a diner stretching back to 1942, although with different names over the years. Back in 1953, when it was called the Snack King, Hank Williams stopped here on the night of his death; his last known words were spoken right out front, when he told his driver he didn’t want anything to eat. Walking into Burger Bar today feels like traveling back to the ‘50s, when a legend like Williams could briefly pass by on his final ride into immortality. The burgers are great, too. (And if you’re a comic book or fantasy fan, make note of the arch in front of the public library on the block next to the Burger Bar; it features artwork from Virginia native Charles Vess, known for his collaborations with Neil Gaiman on Stardust, Sandman, and more.)

You’ll also want to make time to visit the Blackbird Bakery. Don’t let the always long line dissuade you; you’ll find some of the best donuts, cakes, pies, brownies, and other baked sweets you’ve ever tasted here. It’s conveniently open 24 hours a day, 150 hours a week; yep, it’s closed for 18 hours every week, from midnight on Saturday to 6 a.m. on Monday morning. You’ll have to find your post-church pie somewhere else in Bristol.

Downtown Bristol is also home to not just one, but two boutique hotels that both celebrate the history and culture of the region in their own ways. The Sessions Hotel, as I’ve mentioned before, is located on State Street, and home to the outdoor Lauderdale Stage. The hotel repurposes three century-old buildings, including a former candy factory, unobtrusively tucking modern style into the timelessness of downtown Bristol. I can personally recommend the Bristol Hotel, which sits two blocks over from State Street, on the same block as the Birthplace of Country Music Museum. This stylish, tasteful boutique boasts beautifully designed rooms and public spaces, including ample meeting space for events or small conventions. You can enjoy a custom cocktail at Lumac, the rooftop bar, with an amazing view of the Bristol sign, and dig into some of the best biscuits and gravy I’ve ever had at Vivian’s Table, the hotel’s restaurant. The Bristol Hotel passes one of the most important tests of a hotel: if I somehow hadn’t been able to leave it during my stay in Bristol, I’m pretty sure I still would’ve had a great weekend.

When you think of tourist destinations, you can be forgiven for not thinking of this small Appalachian town on the border of Virginia and Tennessee. You should be thinking about Bristol, though. It’s a cute, easily walkable town with a unique, fascinating history that’s made an outsized impact upon our culture, and which has the right combination of modern amenities and vintage charm. A weekend there will immerse you in a new experience while also recharging your batteries. And if none of this sounds up your alley, you can always go catch a race at the speedway.


Senior editor Garrett Martin writes about videogames, comedy, travel, theme parks, wrestling, and anything else that gets in his way. He’s also on Twitter @grmartin.