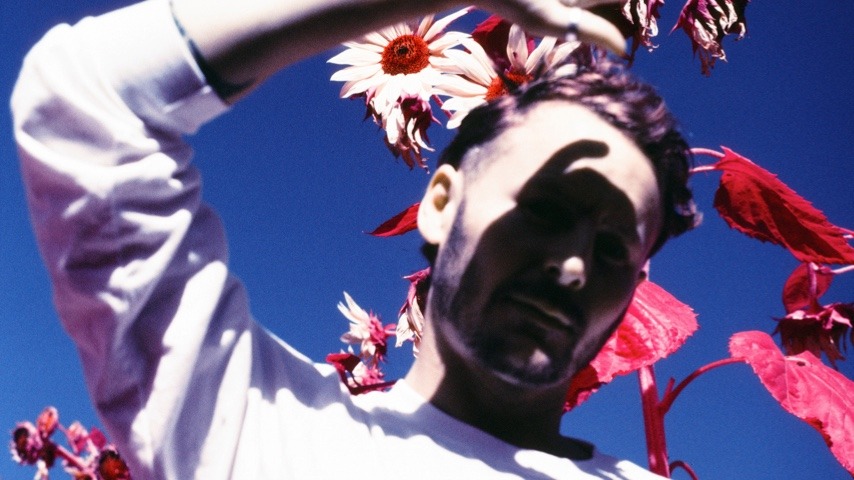 If you thought you knew English artist Ben Howard—whose soft acoustic strumming and classic folk phraseology wafted breezily through the pensive lyrics of his 2011, Mercury Prize-nominated debut, Every Kingdom—you’d better think again. Only one track on his bold new fourth album Collections from the Whiteout—a hushed vocal/guitar intertwining called “Rookery” that might have once been played in the village square by a lute-wielding minstrel—bears even a passing semblance to his former sensitive-guy self. The other 13 numbers, jerry-rigged in collaboration with The National’s Aaron Dessner and recorded at that band’s rustic Long Pond Studio in upstate New York, stomp across your speakers like a folk-rock Frankenstein on a scorched-Earth mission to leave no sonic stone unturned.

And it’s so meticulously, lovingly and altogether experimentally crafted, it’s a revelation, and one of the first great albums of the year.

In classic mouse-that-roared fashion, Howard himself still seems surprised that he managed to concoct his complicated Collections. “I think Aaron was trying to pull me out of my comfort zone,” reckons Howard, who currently resides on exotic Ibiza, where he’s traded his former passion of surfing for “puttering around in the garden.” He first met the National guitarist a few years ago on a festival bill at Boston Calling, where they briefly discussed the possibility of working together. But two years ago, while driving across a particularly panoramic bridge in Portugal one sunny afternoon, he heard a 17-minute epic from Aaron and his brother Bryce’s PEOPLE Collective with Justin Vernon, and he was transfixed. “It was this new music club where they really saw the potential in certain things, like an idea that was further along in your head than anywhere else. And where you might just see a blank white space, they seemed to see a whole variety of sounds and colors that you’d only been playing around with,” he adds. He resolved to contact Dessner—who is as renowned for his plush production as his angular guitar work—the moment he got back home. “I just sent him a few ideas that I’d been working on, and Aaron was very excited by what he heard,” he says.

What the duo—co-writing 10 of the tracks and co-producing them all—conjured up is challenging, and trailblazing in the way Ry Cooder used to boldly jump genres from disc to disc. It opens on a Howard original, “Follies Fixture,” with what sounds like the Mouse Hunt rodent hero running back and forth across piano keys before the singer’s distorted tones take control (“And that’s me, playing that arpeggiated synth line,” Howard proudly notes). The syndrum-syncopated single “What a Day” safely follows, before things go straight down the rabbit hole with the clanking, lumbering “Crowhurst’s Meme,” the atonal, buzzing “Finders Keepers,” the industrial-folk collision “The Sage That She Was Burning” and a jittery, loop-rhythm pastiche with acoustic guitar called “Sorry Kid.” And Howard gets even more cosmic, with “Unfurling” (a dissonant, oblique-chorded warping of traditional folk parameters), “Metaphysical Cantations” (with Far East filigrees that are rubbery in texture), “The Strange Last Flight of Richard Russell” (which soars on blurry keyboard flickerings), and a closing “Buzzard Blues,” which crackles like an old Alan Lomax field recording. This ain’t your big sister’s boy-next-door-safe Ben Howard.

In fact, the seismic shifting Collections might turn out to be your kid sister’s instead. Younger, equally inventive artists like Jessica Smyth—who records and performs as neo-soul diva Biig Piig—cite Howard as one of their crucial creative influences, a fact that both surprises and pleases him as he prepares to turn 34 this April 24. “And I just heard Biig Piig on the radio today here in Ibiza—she’s really getting popular,” he notes. “It’s really interesting how your music winds up getting heard all over the world.”

The composer didn’t play it safe with lyrics, either. He culled unconventional inspiration from such diverse sources as post-Brexit Britain, the Russian fraudster Anna Sorokin, the death of amateur sailor Donald Crowhurst, the plane-stealing bandit Richard Russell, and a grisly story related by a friend of his father, who found an actual dismembered human torso floating in a suitcase on the Thames. “I don’t know the whole story, and it does sound like a podcast just waiting to happen,” he admits of the germ that grew into “Finders Keepers.” “But I thought it was an amazing story with an idea that could be tied to a lot of things, like being on the cusp of something amazing and thinking it was something you wanted. But, just like Pandora’s Box, when you open it, you find it’s something that you really didn’t want at all.” Folks might find that ghoulish, he concedes. “But I thought it was sort of funny—it had a lick of humor to it.”

The inexplicably, but lovably strange “Unfurling,” according to its creator, “was the ugly duckling of the record that no one wanted. The discord happening on the guitar, while trying to put a bassline to that unique set of chords, made sense because I had a long-form poem that fit quite nicely on top of it. But we sat on it for a while, until after a while we stopped trying to figure out what it was and just let it be.” He has a cache of “Every Kingdom”-regal madrigals like “The Rookery,” he adds. And it was something he was initially reluctant to add to Collections. “But Aaron pulled that one out and said, ‘That’s a really good song—we should record that anyway and see if it makes the cut.’ But I’m always looking for a more alternative guitar sound now, something weird that I like where I can really go down that rabbit hole. So we found a good balance, where Aaron and I worked on that sound together in a perpetual conversation, and we were definitely in the same ballpark.”

Along with Howard’s go-to guitarist Mickey Smith, Dessner flipped open his little black book of session-musician contacts and made a few calls. Adding guitar and keyboards himself, he quickly recruited Big Thief’s James Krivchenia, Hiss Golden Messenger’s Kyle Keegan and This is the Kit’s Kate Stables, with Yussef Dayes on drums, Thomas Bartlett on piano, and string arranger Rob Moose. “And it was interesting to just focus on my art without any outside noise or outside pressure, and to be able to see where the muse is kicking along and healthy and strong, and also where it’s disintegrated, and to be able to act on it. And it’s important to keep that sense of adventure, of seeing what the art form will allow.”

As a kid—long before he self-released his first EP in 2008, Ganes in the Dark— Howard used to get comfortable with various bands’ sounds over a couple of albums. Then, when they would suddenly change direction on their third, he inevitably grew annoyed and frustrated with any deviation from the melodic norm. But now, looking back with a certain degree of seasoned sagacity, those experimental records often became his personal catalog favorites. “The hardest records to listen to often grow on you, the more you play them,” is his conclusion. “And I find it impossible to write a folk record without stepping on so many toes and making a mess of it anyway. So now I like to fuse disparate things that actually go together for maximum enjoyment, like a bright harmonic chorus weighted down with a dark, despairing outlook. You may as well just strive for some really green new pastures.”