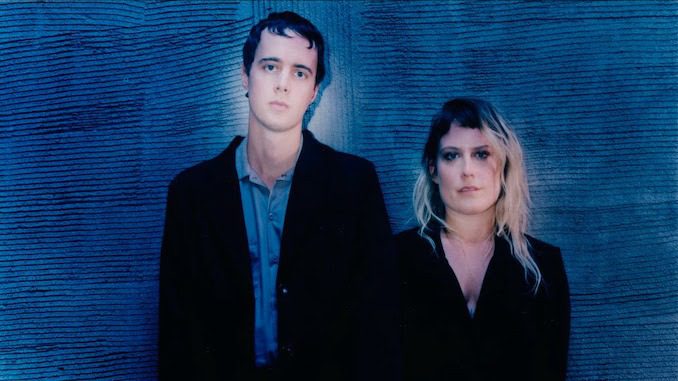 Electronic music duo Boy Harsher have always drawn from film as a source of inspiration for both their sound and visuals, with members Jae Matthews and Augustus Muller first meeting in film school. The daring darkwave musicians will now complete the next logical step by releasing a movie of their own, a move spurred on by the loneliness of the pandemic and Matthews’ multiple sclerosis diagnosis. Today (Oct. 19), the duo announced their forthcoming album The Runner (Jan. 21, Nude Club/City Slang), which will serve as the soundtrack to a short horror film written and directed by them.

Lead single “Tower” features Matthews at some of her eeriest, with her deep alto insisting “You don’t want to know about me” as the music lies in wait. The tense synth rumbles and distorted keys bubble into a terrifying peak of Matthews’ desperate shriek. The accompanying video takes place within The Runner’s world, filmed on an old television set illuminating a dark room.

“We wrote ‘Tower’ several years ago and although it’s evolved over the years, its initial intent remains the same – that feeling of being enveloped, suffocated, entrapped in a relationship, which in turn manifests into reckless attack,” explains Matthews. “What you love the most can make you into a monster. And that’s what this song is about, being a paralyzed fiend.”

Listen to “Tower” below and keep scrolling for the complete details of The Runner. You can preorder the album ahead of its Jan. 21 release here.