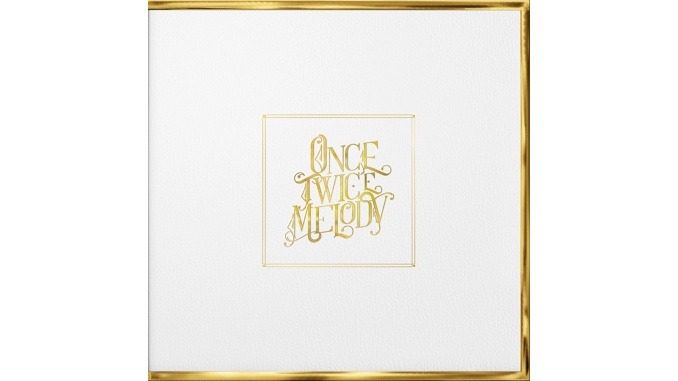 Since 2004, Beach House have been enchanting us. Few artists in the last 20 years have managed to intoxicate their listeners so consistently and skillfully. In a catalog now spanning nearly 100 songs, the duo have very few duds. Maybe that’s because a Beach House song only asks as much of you as you’d like to give. Listen to “Lazuli” passively while lazing in a sunlit room or melt into it free of distractions, but the song will sweep over you either way. Like fog rolling in on a lake, you can see it—touch it, even—but you can’t capture or evade it. And if you tried to describe it to an alien from another planet, you probably wouldn’t get very far.

Released in four “chapters” over the course of a few months (the last of which ties up the whole album on Feb. 18 via Sub Pop), Once Twice Melody again accomplishes this feeling of inevitability. The eighth album from the pair of dream-pop stalwarts (a term that is surely overused, but one that applies here, if anywhere) consisting of Victoria Legrand and Alex Scally won’t shock any longtime Beach House listeners. But it will certainly thrill them. From the majestic opening notes of the title track to the last electronic flourish of closer “Modern Love Stories,” Once Twice Melody is the culmination of everything Beach House do best.

Produced entirely by the band, Once Twice Melody often plays like a movie score without the accompanying film, or like the movie itself. From the slinky (“New Romance”) to the spooky (“Masquerade”), the album is engaging, but it also unfolds with little fuss, just like a perfectly executed film. A nameless woman appears throughout, sometimes in search of something (as on the title track), other times content to rest, as on the wispy “Sunset,” in which an acoustic guitar accompanies Legrand as she recites her own lines of poetry to herself: “Sugar on her eyelids, cosmos for the veil … lay me where the flowers grow,” she sings. On “Through Me,” colors and light pervade her words again as she chants, “A time before the time we met / Here lies violet / Who can’t forget what happens next.” Never does a production choice or line, no matter how ambiguous, sound out of place.

Largely recorded at Apple Orchard Studio in the duo’s hometown of Baltimore, Once Twice Melody features 18 songs that vary in speed and style. Each is so distinctly Beach House, but the band take formulas that already worked for them and make them somehow even more effective, namely through the use of a live string ensemble. Songs like the free-flowing “Another Go Around” and the ambient “Over and Over” take on a new kind of roominess.

The driving “Only You Know,” containing a prominent percussion section, features the sound of actual waves crashing on the shore. And on “The Bells,” which sounds like sinking into a bubble bath of champagne, Legrand and Scally channel the iridescent spark of Mazzy Star, to whom they’ve been compared many times before. Each song on Once Twice Melody seemingly blooms out of nowhere, as so many great Beach House songs do, only feeling truly real once you’ve listened enough times to feel accepted by the album’s newly crafted world. As Scally once told Pitchfork, “We spend a lot of time creatively making mountains out of nothingness.”

But the best moments on the album come when the intangible meets the exceptional. “Hurts To Love” is a bouncy retreat from the record’s darker leanings, and the frosty harpsichord of “Runaway” provides a steady backdrop to one of the album’s richest landscapes. Also from “Chapter 1” of the album, the pop music smarts of “Superstar” prove scene-stealing, and the impeccable “Pink Funeral” likens romantic disaster to the tragedy of Swan Lake: “Once was a fairy tale / Then it all went to hell,” Legrand sings. “Swans on a starry lake / Hearts that were made to break.”

And then, evoking LCD Soundsystem at their sparkliest, the stunning “Finale” joins a list of Beach House greats like “Space Song” and “Master of None” that sprint across genre lines while still staying true to Beach House’s familiar dream-pop motif. “Finale” projects a series of visions—careless rollerskating in an empty parking lot, rewatching favorite films on TV—but the most vivid is one of scattered confetti, a makeshift afterparty reminiscent of Alma and Reynolds’ private dance in a balloon graveyard in the film Phantom Thread. It’s as if the song knows what music fans have known for a long time now: Beach House stand alone.

In a nod to the group’s singularity, a number of local record stores display atop the Beach House vinyl selection an illustration of a woman remarking in a speech bubble, “Oh, me? I only listen to Beach House” That placard is a light jab at a perceived kind of snobby indie music fan, but if someone actually fashioned themselves as a musical vegan who consumed only the lush fruits of Beach House, I could hardly fault them. Even after their songs are mixed, mastered and sealed forever in tracklists, Beach House’s songs seem to evolve. The songs on Once Twice Melody fall in line behind their predecessors: They may not sound the same one day to the next.

Ellen Johnson is a former Paste music editor and forever pop culture enthusiast. Presently, she’s a copy editor, freelance writer and aspiring marathoner. You can find her tweeting about all the things on Twitter @ellen_a_johnson and re-watching Little Women on Letterboxd.