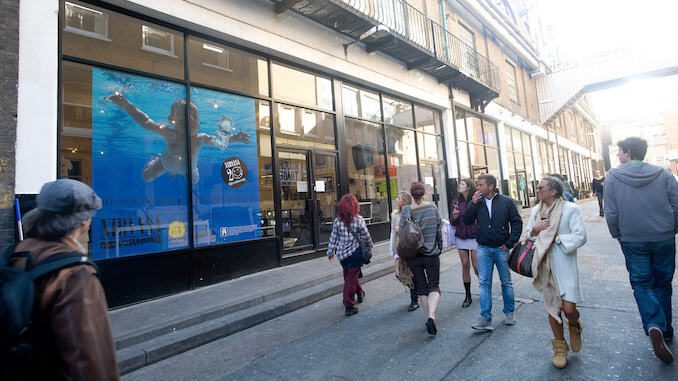 Back in August, Paste covered the highly publicized lawsuit between Nirvana and Spencer Elden, better known as the baby on the band’s iconic Nevermind cover. The original lawsuit, which was levied against the surviving members of Nirvana, Courtney Love, Universal Music Group and Geffen Records alleged that the photo constitutes as child pornography and both Elden and his parents did not consent to the photo being used. Elden’s lawyer stated that Elden reaching for the dollar makes him look like a “sex worker.”

On Nov. 22, Elden officially submitted the updated lawsuit which was obtained by Digital Music News. The amended suit, in addition to seeking a relinquishing of profits the accused made from the image, emphasized the role frontman Kurt Cobain had in the image and its distribution. Using evidence from Cobain’s personal journals that were widely published, Elden accuses the singer of being motivated by perversion.

In one of the entries highlighted by Elden, Cobain’s journals that were published in 2002 allegedly state:
[Warning: this quote contains disturbing descriptions]

I like to make incisions into the belly of infants then fuck the incision until the child dies. . .I haven’t masturbated in months because I’ve lost my imagination. I close my eyes and I see my father, little girls, German Shepards [sic] & TV news commentators, but no voluptuous, pouty lipped, naked-female sex kittens, wincing in ecstasy from the illusory positions I’ve conjured up in my mind.

Amongst the other new additions to the suit include purported photos taken by the original photographer Kirk Weddle that depict Elden dressed as Playboy founder Hugh Hefner. It also states that Weddle intended to “trigger a visceral sexual response from the viewer” and triggered Elden’s gag reflex before submerging him in the water.

The latest filing maintained that Cobain wanted the cover to be provocative and the parties failed to follow through with the initial plan to censor the album with a sticker. The suit also omitted the original statement that Elden was not compensated for his image being used on the cover, as well as removing Nirvana drummer Chad Channing, Warner Music, Heather Parry and Guy Oseary as defendants.

Former Nirvana drummer Dave Grohl weighed in on the suit briefly, poking fun at Elden by saying “Listen, he’s got a Nevermind tattoo. I don’t,” in a recent interview with Vulture. Several lawyers have gone public about their opinions on the case, most of them saying Elden’s subsequent recreations of the cover would hinder his defense.

The defendants, aside from Grohl, have not made any comment, and the recent 30th anniversary reissues of Nevermind were not updated to reflect any of the original suit’s complaints.