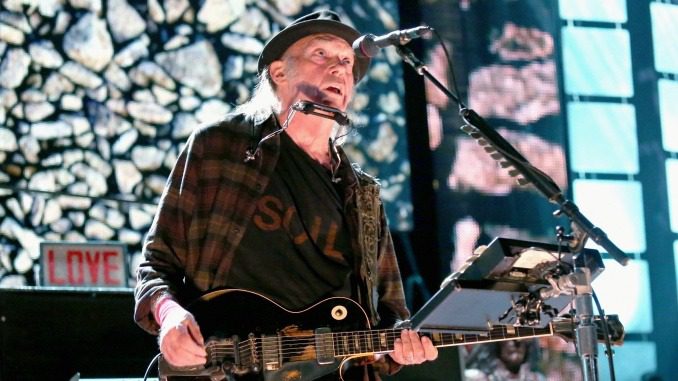 If you want to keep on rockin’ in the free world, you likely need to do it somewhere other than Spotify. The massive music streaming service is having a bit of a moment right now — and not in a good way. Music streaming services have always had a complicated relationship with artists, considering the typically tiny sums paid to musicians for all those streams and access that music lovers enjoy.

But Spotify muddied the waters a whole lot more last week. Legendary artist Neil Young penned an open letter asking for the service to remove his music, due to Spotify’s $100 million dude bro podcaster Joe Rogan and his propensity for sharing COVID-19 misinformation and pseudo-science on his Spotify exclusive show.

Spotify pulled Young’s music from its service, but the public face-off has led to social media campaigns with users posting screen grabs of their Spotify cancellations. Other major artists like Joni Mitchell followed in Young’s footsteps by pulling their music from the platform.

So, if you canceled Spotify, where should you look to replace the ubiquitous streaming service? Depending on what you’re looking for — not to mention which type of companies you may or may not want to support with your monthly subscription — we have some options.

The company that revolutionized digital music is also home to a widely popular music streaming service that works fairly similarly to Spotify. Apple Music is a robust platform that offers up most of the major labels and artists you were already jamming. The service offers lots of recommendation engines, curated playlists and exclusives (though obviously not, ahem, Joe Rogan). As Apple has also been touting in recent days, the service still features Neil Young’s music catalog. There’s also some lossless options, as well as spatial audio, if you’re into those features. Another perk: If you’re in the Apple ecosystem already, Apple Music also fits into some bundle plans with other services like iCloud, Apple TV and Apple Arcade. If you use any of those services already, it might just be an extra couple bucks a months to add on music streaming.

If you’re looking to switch to a service that pays halfway-decent rates to artists, Tidal is a good place to start. The service still hasn’t fully caught on with a ton of subscribers (possibly due to its somewhat higher prices for its premium tiers), but it offers up high-quality audio options, exclusive videos and performances, and upwards of 80 million songs in its catalog. If you want a service that does a solid job supporting creators, Tidal also pays among the highest per-song rates to artists, which is always a good thing. It’s not the highest profile player on the market, but an excellent service if you want something outside the major tech giants.

On the same token with the Apple ecosystem, Google offers up its own major music streaming service if you’re already bought into the Google and YouTube ecosystem. YouTube Music has all the key features you’d expect in a music service, including trending charts, playlists, recommendations and more. If you’re a music video person, YouTube Music also (not surprisingly) makes it very easy to jump to music videos for the songs you’re listening to at the time. That said, Google has been known to revamp its approach to music services over the years (Google Play, anyone?), so there’s always a bit of a risk this service could eventually be retooled, rebranded, or generally shaken-up at any point. That said, it’s still a solid option.

It’s true that Amazon has pretty much everything, and yep, there’s also a music streaming service. Amazon Music is comparable to YouTube Music in that it’s a solid competitor in the space that will have a lot of the music and features you’re looking for in a major service. If you’re in that Prime ecosystem already, this service can make a lot of sense. That said, Amazon is… Amazon, and if you have problems with Spotify, it stands to reason you might also raise some umbrage to things like the company’s warehouse working conditions. On the flip side, Amazon’s music streaming service actually pays a decent amount to artists when compared to the other major services. So that’s also a factor to consider.

Best of The Niche Services

If you’re wanting to get further outside the beaten music streaming path, push through the jungle and find these smaller, niche music services that are also worth a look. You obviously won’t find all the chart-topping artists and newest hits here, but there’s plenty to listen to and love if you’re willing to look outside the major contenders. They’re likely not a full replacement, but can definitely be a nice supplement.

This service is basically a marketplace for creators to be able to bring their music to market and keep the majority of the profit. Major artists like Death Cab for Cutie have used Bandcamp to drop exclusives to raise money for charity, and indie bands across the globe have used the service to get their releases to a wider audience and build a fanbase. If you’re wanting to support artists more directly, and get into something a bit more underground and independent, Bandcamp a great place to start.

If you’re here simply looking to get your Neil Young fix, and nothing else, don’t worry — there’s a service for that, too. Neil Young launched his own archive a while back, featuring, well, pretty much every Neil Young recording you could hope to find. For hardcore Young fans, the service is definitely the endgame that will make you forget all about Spotify. All Neil, all the time.