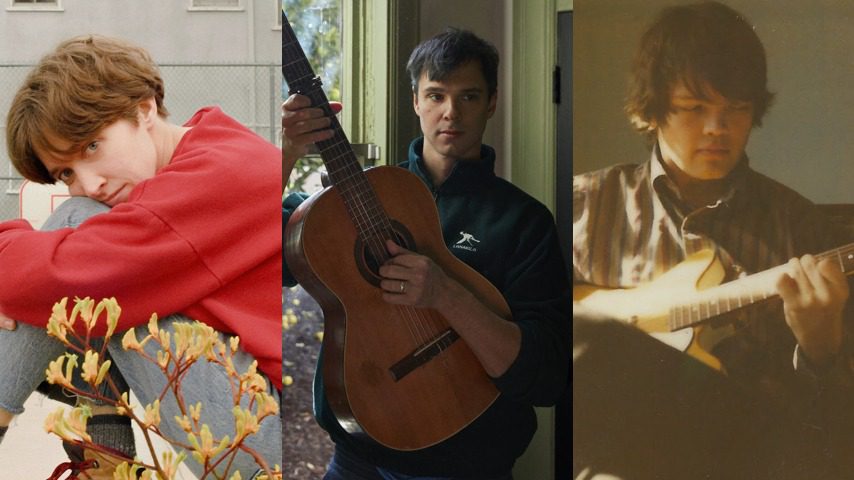 Welcome to another New Music Friday! We’re especially excited this week because today is the start to a holiday weekend, which means we’ll (hopefully) have extra time to indulge in some great new music. Sept. 4 brings the long-awaited new album from rapper Big Sean, the great new indie effort from Lomelda and another Dirty Projectors EP (a series which has been a bright light this year), among many other releases. Keep scrolling to see all of Paste’s picks for essential new listens out today.

Big Sean shot to fame in the late 2000s when he signed to Kanye West’s G.O.O.D. Music imprint, followed by a string of studio releases in the early 2010s. Today he returns with Detroit 2, the sequel to his 2012 mixtape and first new album since 2017’s I Decided and Double Or Nothing, a collaboration with Metro Boomin. —Ellen Johnson

Bill Callahan has an unnatural knack for finding the cosmic in the mundane. A quiet drive back from work, staring out at the crops of a field, doing the dishes before heading up to bed with his wife—these sort of moments form the quotidian fodder for revelation in the singer’s universe. In not running away from, but embracing and elevating his gradual slide into domesticity, the artist formerly known as Smog has been one of few musicians to not only sound comfortable in middle age, but to have released some of the richest material of a roughly 30-year career within it. The artist’s new album,Gold Record, is no exception. It’s out now via Drag City and follows 2019’s acclaimed Shepherd in a Sheepskin Vest. —Jack Meyer

Wish You Hadn’t, the debut EP from Philadelphia’s Corey Flood, was both unnerving and calm—hushed vocals and plaintive pop melodies softened their brooding guitars. Now, two years later, their debut full-length Hanging Garden is out, and it has a similar wired fuzziness, but their melodies are a bit sunnier this time. Although their distorted post-punk is still fairly grey-skied, their classic indie-pop sweetness is a small break in the clouds. Lines like “Maybe it is really nothing / but I was in love” from the driving jam “Down the Hill” underscore their melancholia perfectly. Their abstract, evocative lyrics are deeply contemplative cyclones—just like their saw-toothed guitars will rattle around your brain, thoughts swirl until they begin to fester, gnawing at one’s psyche. —Lizzie Manno

Dirty Projectors are back with another EP. Performed and written by Dave Longstreth, Super João is the third EP out of five that the band is set to release this year. “This cycle of EPs is about growth, transition, liminal space, shifting identity,” Longstreth said. “Alan Ginsberg had a phrase ‘first thought, best thought’ to talk about a particular kind of writing – not automatic writing exactly, but quick, spontaneous, trusting. For me, these songs are about rediscovering that place, after the stereo ouroboros of the Ivo Shandor era (Dirty Projectors, Lamp Lit Prose). And I think for us – Felicia, Maia, Kristin, Mike and —Lexi Lane

Indie rock veteran Hamilton Leithauser follows his earlier studio release The Loves of Your Life with a new live album featuring selections from his annual residencies at New York City’s iconic Cafe Carlyle. Each is from January’s performance. “I didn’t realize at the time that the 5 shows I played in January at Cafe Carlyle would be the only live shows I would do in 2020,” he said in a press statement. “I’m glad I recorded one of them. I found the tapes a few months later during this quarantine, and realized I wanted to share a bunch of them with a wider audience.” —Ellen Johnson

Lomelda—the indie project of Hannah Read—has shared her new full-length LP Hannah, out now via Double Double Whammy. Hannah follows her 2019 album M for Empathy as well as her covers EP with Hovvdy. In usual Lomelda fashion, lead single “Wonder” is cathartic and vulnerable. It’s soft, but it builds into something powerful and poignant, clocking in at just over two minutes. The album was recorded in a studio in Silsbee, Texas, over a period of a year. —Danielle Chelosky

The second single from Mike Huguenor’s X’ED has a title that’s sadly too good to be true: “Mitch McConnell’s Funeral.” It was released ahead of the California guitarist’s debut solo album X’ED, out now via Lauren Records. While the song isn’t explicitly about the U.S. Senate Majority Leader—given that it’s an instrumental track—Huguenor describes the Kentucky Republican as a man “who happily smiled in front of a confederate flag, and who actively prevented America’s first black president from naming a Supreme Court justice, and who said his only goal was to make that first-black-president a one-term president… one day, he will be dead. Then, America can finally do some healing.” —Lizzie Manno

8. Sprain: As Lost Through Collision

Sprain’s self-titled 2018 EP was a tender-hearted introduction to the Los Angeles group. Their slowcore unspooled with crackling guitars and echoing cymbals, but the sound of their debut album As Lost Through Collision has been ratcheted up several notches. Its arty noise rock is furious and scrambled, leaving you in a bristled daze. Their crawling pace is still present, but now there’s a powerful ignition switch for overwhelming tumult to emerge at any point. Their songs are far from stagnant: “My Way Out” detonates with muscular guitar reverberations, screeching vocals fade into comforting guitar twinkles on “Worship House” and “Everything” fluctuates between pleasant rock and hardcore doom. —Lizzie Manno

In honor of today’s Bandcamp Day, Phoebe Bridgers, R.E.M., Death Cab for Cutie, Angel Olsen, Sharon Van Etten and many more are joining together to share previously unreleased songs for a new compilation. Good Music To Avert The Collapse Of American Democracy will be available to purchase exclusively on Bandcamp for 24 hours, with cover art provided by OBEY artist Shepard Fairey. 100% of the compilation’s proceeds will go directly to Fair Fight, an organization that helps to ensure fair elections. Along with the compilation LP, a limited edition autographed poster of Fairey’s artwork will be available for purchase on Bandcamp. Proceeds for the artwork will benefit the racial justice group Color of Change. —Lexi Lane

Guitarist William Tyler just this week announced an EP, New Vanitas, which is out on Bandcamp today and will be available on other digital services on Sept. 11. “The concept of ‘vanitas’ in medieval art refers to the juxtaposition of macabre symbols of death with material ephemera in order to illustrate the impermanence of earthly things,” Tyler said. “What struck me about this was not the representation of death in a macabre/morbid way, but rather that very sense of ephemerality and impermanence.” Earlier this year, Tyler worked with Kelly Reichardt on the score for her film First Cow. Tyler’s song “Arrival” from the movie’s soundtrack was included in our list of this year’s best folk songs. —Paris Rosenthal