The good people at Hand’Solo Records have dropped off the latest release from Calgary producer and rapper The Dirty Sample.

With over 15 years and 30+ albums under his belt, including collaborations and solo instrumental and vocal albums, The Dirty Sample—also known as Apeface, previously Planit, and sometimes 2 Blue Apes—has finally come to the realization that he just must make music. No matter what, it’s the driving force in his life. Literally, he cannot function without creating something. He’s tried. But the crazy starts to crawl around the brain if he’s not focused on music.

His newest project is NO!, his first instrumental album since Pay Up in 2016.

And with the start of a new year, The Dirty Sample has created new boundaries for himself in his life, expressed through the album’s title. NO! is 17 tracks of the gritty, soulful hip-hop with which his fans are familiar.

NO! is available now from Hand’Solo Records on digital and limited edition cassette. 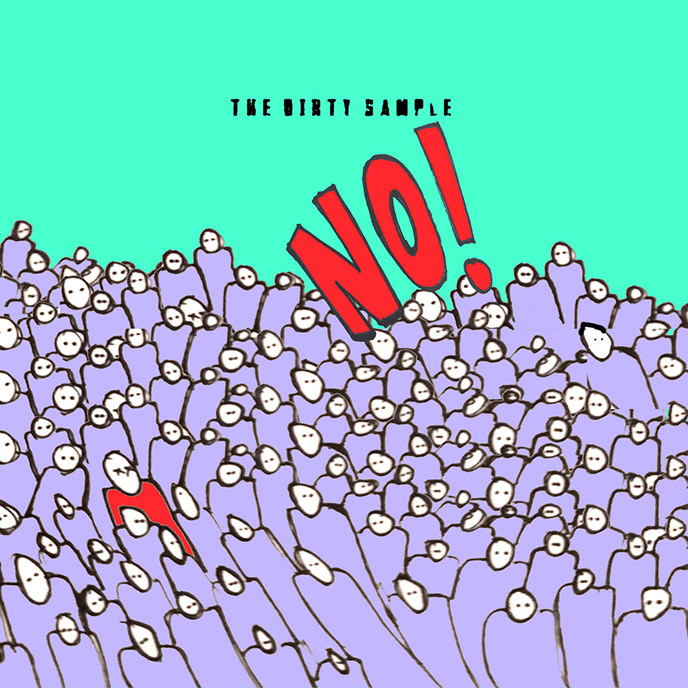