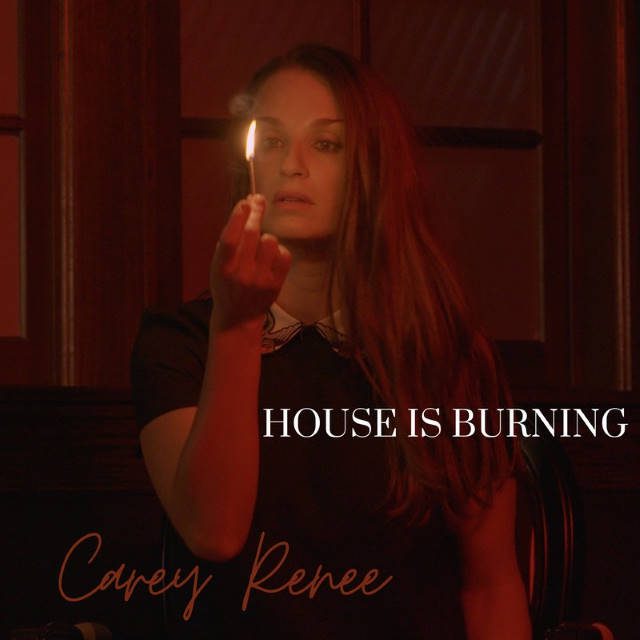 Carey Renee’s “House Is Burning” is an all-time hit for the artist. Her raw and passionate vocals are perfectly exhibited with this powerful ballad as she repeats, “this house is burning.”

With a rich background in violin and piano and singing in choirs, Carey Renee holds a pretty reputable musical history. Carey’s connection to music is unmatchable, and her ability to showcase her talents as a singer was perfectly displayed in her debut single “House Is Burning.”

Carey came out to say that the song is very personal, as it was written after she felt betrayed and abandoned by some people. She also said she truly wanted to expose the behind-the-scenes process of writing the song. Her raw energy is on full display as she talks about shedding a few tears while filming the song. The music video perfectly captures her organic essence and prowess.

The track boasts lyrics that will hit the home run as the artist sings them along with her chilling vocals. Carey is seen holding a match and playing with fire throughout the video, giving a heated aura to an already steamy track.

Carey Renee brings you back with her smooth and sultry vocals as the cinematic tunes rile up your emotions.

Check out the video for “House Is Burning” below, and for more information on Carey Renee, follow her website.