Our Song of the Day is the latest visual release from budding Toronto rap star Pressa of BFR. “Head Tap” features New York drill rappers Sheff G and Sleepy Hallow, and is available for viewing below (along with the accompanying press release.

Today, Toronto – born rapper Pressa drops the official video for his collaboration with promising Brooklyn drill rappers, Sleepy Hallow and Sheff G, for their new song, “Head Tap.” The rappers met in Miami to shoot the video for the track, watch it HERE. This combination further attests to Pressa’s rise in the music industry, with the respect and recognition of fellow artists who are also on a meteoric ascent in Rap. Ebro Darden, one of Hip-Hop’s most-esteemed voices, premiered “Head Tap” on his Apple Music Beats 1 Radio show on July 8th, stream the music HERE.

Shot by directors Moka Blu and Antwan Smith (Rick Ross, Trina, Ace Hood), the performance video features a takeover of the streets, rife with rebellion and angst. Pressa, Sheff G and Sleepy Hallow embody the gritty spirit of the song with each verse, while simultaneously showcasing the melodic signature style of rapping that all three artists are known for. The MCs share writing credits for the song, and teamed up with super-producer, D.A. Doman (Tyga, Future, Eminem) and British engineer, Jess Jackson (Pop Smoke, Nas, Lil Pump), for the mixing and mastering.

“Head Tap” comes after Pressa’s success with “96 Freestyle,” a surprise track released as a gift for his fans around his birthday. “96 Freestyle” currently has 1.4M streams worldwide, watch the official video HERE. Complex called the song, “a swaggering, triumphant toast to how far he’s come,” and Pressa plans to keep that momentum going with “Head Tap” and more hot new music and videos in summer 2020. 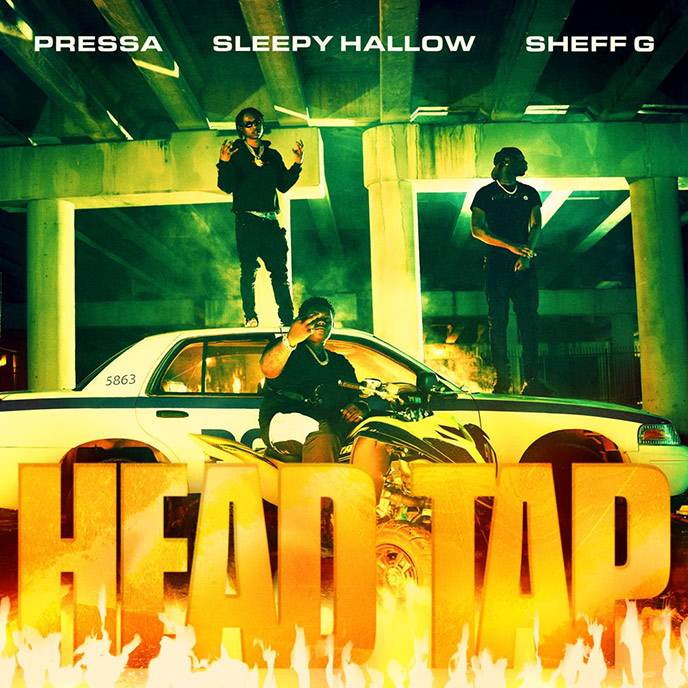