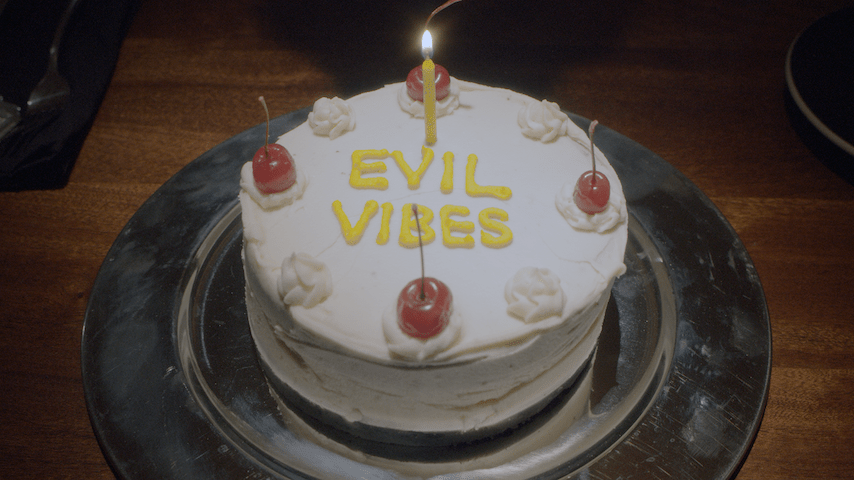 Portland band Typhoon shared a new video for “Evil Vibes” on Thursday. “Evil Vibes” comes from the band’s latest LP Sympathetic Magic, which was released as a surprise to fans in January of this year.

The music video for “Evil Vibes” is oddly mesmerizing. Opening with a shot of a cake bearing the song’s name, we watch frontman Kyle Morton eat and destroy the cake in one continuous shot for a full three-and-a-half minutes. The video closes with an exact replica of the cake being placed in front of Morton once more, as if the whole process is about to start over again.

Morton said of the video:

This is life now, you eat a slice of cake and maybe you enjoy it. An algorithm somewhere observes this and serves you another slice of cake. I like cake, you think, and you eat the second slice. It goes on like this for a long time – the cakes getting bigger, the frosting ever more elaborate. After a while you start to feel sick, but all you’ve ever known is eating cake, and anyway this restaurant doesn’t seem to serve anything else. So you just keep eating.

Watch the “Evil Vibes” video below, and stream Sympathetic Magic here. Keep scrolling to revisit Typhoon’s 2012 concert at Stage On Sixth via Paste.