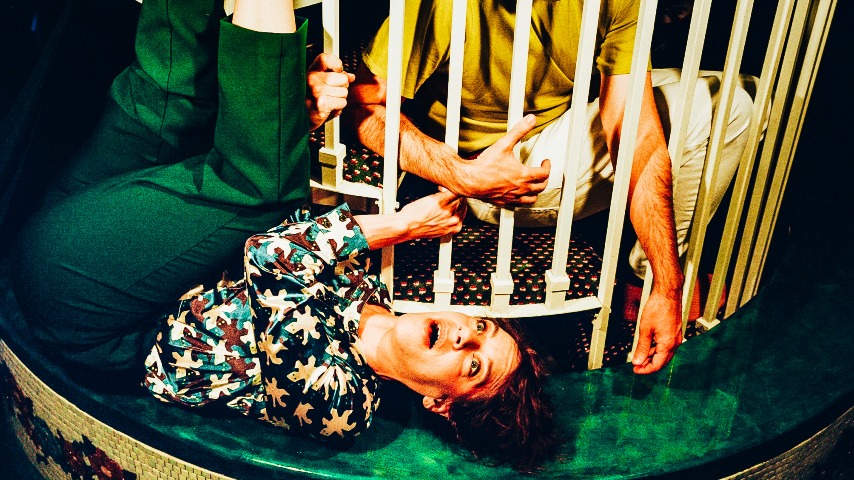 Tune-Yards have released a new music video for “hypnotized,” an endlessly looping visualizer on a toy train. The single comes ahead of their album sketchy., out this Friday, March 26.

The newest video for “hypnotized” isn’t the first time we’ve heard Tune-Yards’ latest creation: The band performed the song with all of its repetitive, entrancing charm on Jimmy Kimmel Live! last Thursday. The performance borrowed from frontwoman Merrill Garbus’ past life as a puppeteer in Vermont as she operated a puppet version of herself as she sang. While the band is in near-perfect form on the Kimmel performance, the release of the official music video marks fans’ first access to a studio recording on music streaming services.

Watch the music video for Tune-Yards’ “hypnotized” below, and keep scrolling to check out their performance on Jimmy Kimmel. You can preorder sketchy. here.