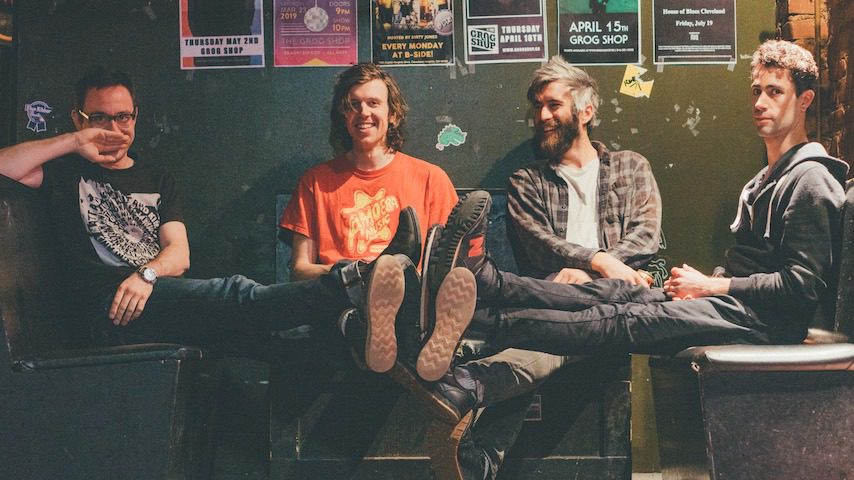 Tokyo Police Club are celebrating the 10th anniversary of their album Champ with a new edition out Mar. 5 of next year, featuring demos, remixes and previously unreleased songs.

The band shared the first glimpse of the album’s anniversary edition with a new song called “Hundred Dollar Day,” an unearthed track from their studio sessions. Complete with a video filled with old footage of the band hanging out together, the electronic-rock song gets an added layer of nostalgia after a decade.

Guitarist Graham Wright expanded on revisiting Champ in a statement:

One nice thing about revisiting something ten years after the fact is that you at least have a shot at some perspective. I’m sure that at the time, 23 years old and stressing over our big swing second record, all the hours we spent agonizing over whether or not to put “Hundred Dollar Day” on the record seemed very good and important. But of course now I forget about all of it, and I just hear a damn cool song that brings me happily back to a hell of a time in my life. But then again, if we’d put the song on the record in the first place, I wouldn’t be able to enjoy it right now. So maybe we were on to something after all.

Watch Tokyo Police Club’s music video for their new song “Hundred Dollar Day” below, and revisit the band’s 2018 Paste Studio session while you’re at it. Keep scrolling for the artwork and tracklist for Champ’s tenth anniversary edition. The full release is available for preorder here.