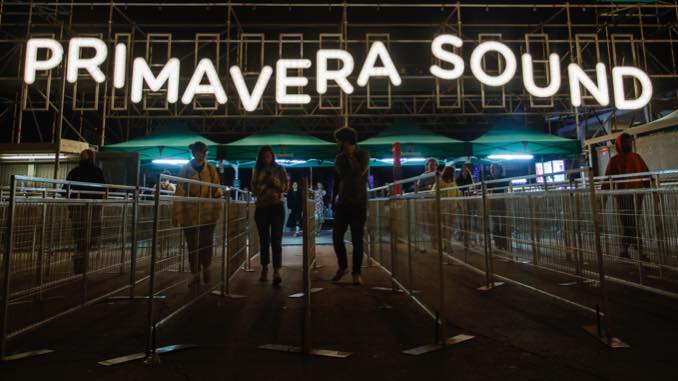 Tour and festival lineup announcements are running rampant now that vaccines have begun reintroducing normalcy to the world, and today’s Primavera Sound 2022 lineup is the logical endpoint of all that excitement: a collection of artists so wild, one poster can’t contain them all with any semblance of legibility. The Barcelona fest, canceled because Covid in 2020 and 2021, is coming back with a vengeance next year: Massive Attack, Pavement (!), Lorde, Yeah Yeah Yeahs, Gorillaz, Dua Lipa and The Strokes are among the many, many headliners, with lineups to vary across the fest’s two weekends.

Primavera Sound will essentially take over the city of Barcelona from June 2-12, showcasing a “gender-equal” lineup of “415 artists who will offer over 500 performances” (and more—more than even this—to be added soon) during “six days in the Parc del Fòrum, plus a party on the beach of Sant Adrià de Besòs and four days in the venues of Barcelona,” all per a press release.

In addition to the aforementioned Massive Attack, “exclusive comeback of Pavement,” Gorillaz and The Strokes sets, Weekend 1 will feature Tyler, The Creator, Tame Impala, The National, Jorja Smith, Beck, and Nick Cave and the Bad Seeds, plus countless lesser-known (but Paste-beloved) acts. Weekend 2 features Dua Lipa, Lorde (whose third album is in the works), Megan Thee Stallion, Yeah Yeah Yeahs and Interpol, plus repeat performances from The Strokes, Tyler, The Creator, Tame Impala, Gorillaz, Massive Attack and Jorja Smith.

2020/2021 ticket-holders can exchange their tickets as of today, ahead of the fest’s general on-sale, starting Tuesday, June 1. More on all that here.