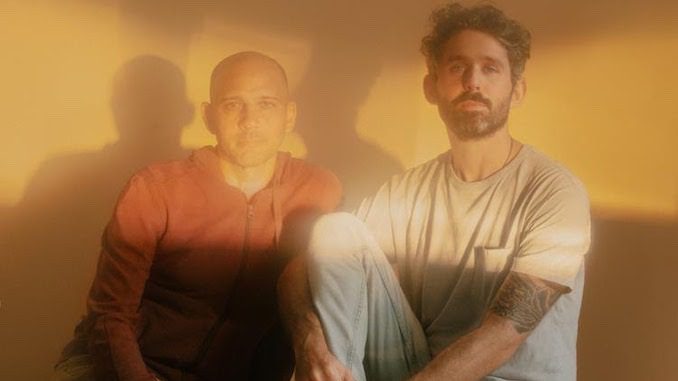 Following 2014’s Familiars, beloved indie duo The Antlers went on a seven-year hiatus from releasing music, breaking out of it with Green to Gold earlier this year. Today (Nov. 16), the band surprised-released Losing Light, featuring reimaginations of four tracks from their latest album.

Across the EP, lo-fi guitar plucks are morphed into ambient washes of sound and haunting echoes of vocals. The Antlers’ gentle acoustics brush against light electronics for an immersive sound that expands their experimentation further.

Speaking on the inspiration for the EP, Peter Silberman said:

How would these songs sound if they were being reconstituted from memory fifty years from now, after decades of technological evolution, alongside analog and digital degradation? I began to consider how we reconstruct the past once we’re many years removed from it, with only scattered, decaying artifacts to reference.

The pair have also announced a 2022 tour across Europe and North America. Prior to this, they embarked on a sold-out tour commemorating the 10-year anniversary of Hospice in 2019, which eventually kickstarted vocalist Silberman’s desire to make new music following numerous health concerns. Tickets go on sale Wednesday, Nov. 17, at 10 a.m. local time.

Below, listen to Losing Light or stream on your preferred platform here. Keep scrolling to revisit The Antlers’ Daytrotter performance of “Shiva” and their complete tour dates, which you can purchase tickets for here.