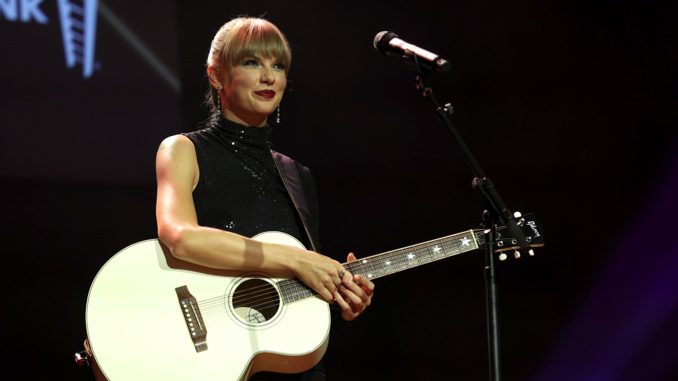 Although it’s been a long time since Taylor Swift has released a country-pop banger, she still has strong roots in Nashville, and those brought her back Tuesday night. The singer/songwriter was awarded and accepted the Songwriter-Artist of the Decade award at the Nashville Songwriter Awards. She won for her hard artistic work over the period of 2010-2019, with Speak Now being the first album of her’s released during this time, and Lover being the last.

This isn’t her first win at this awards show—Swift has won songwriter-artist of the year a record-breaking seven times. These victories took place over a time when Swift transitioned away from country, landing solidly and successfully in pop. In her acceptance speech, she gave the audience a small look into her creative process, breaking down how she classified different songs she wrote. She explained that she thinks of songs by the writing instrument she imagines herself using when penning them: Some are “Quill” songs, most are “Fountain Pen” songs and the rest are “Glitter Gel Pen” songs.

Swift extrapolated, “Why did I make these categories, you ask? Because I love doing this thing we are fortunate enough to call a job. Writing songs is my life’s work and my hobby and my never-ending thrill. I am moved beyond words that you, my peers, decided to honor me in this way for work I’d still be doing if I had never been recognized for it.” Her gratitude was touching, and emphasized by her surprise acoustic live performance of “All Too Well (10 Minute Version).”

Watch fan-shot footage of Swift accepting her award and performing below.