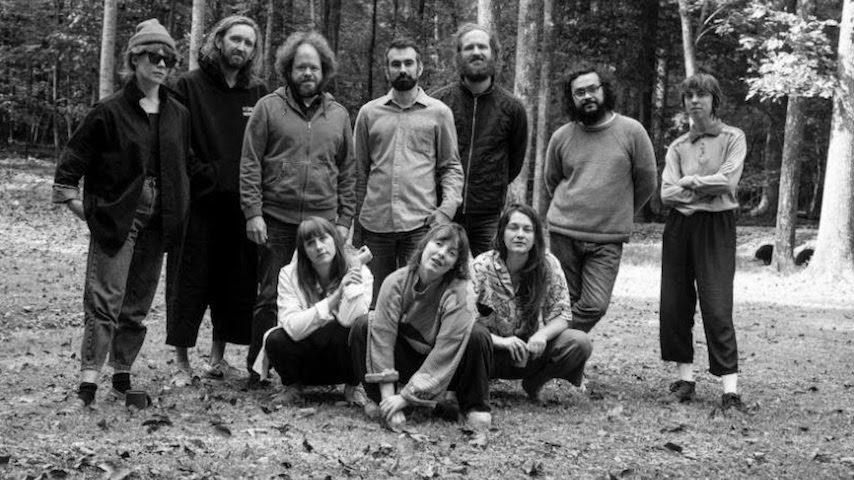 On the heels of Free Love, Sylvan Esso are back with a surprise EP, WITH LOVE. The duo of Amelia Meath and Nick Sanborn have reimagined six songs from Free Love alongside a 10-piece band of musicians who perform with Bon Iver, Wye Oak, Hiss Golden Messenger, Mr. Twin Sister, Hand Habits and Mountain Man. In conjunction with the release, the pair have also released the music video for “Numb.”

Getting the WITH band back together a year after our original tour (and in most cases, the last shows any of us played) was such an unexpected joy in a year where all other plans fell through. We are immensely grateful to everyone who worked so hard to help us make this safe and possible, and to everyone out there who listens. Thank you.

The songs on the new EP are from the final installment of Sylvan Esso’s three-part virtual concert series titled From The Satellite that just aired last night (Dec. 1). On Friday morning, WITH LOVE will be available as a limited-edition vinyl pressing via the band’s website.

Watch the “Numb” video below, and keep scrolling for the WITH LOVE album artwork and tracklist. While you’re here, you can revisit a gallery of photos from Sylvan Esso’s 2017 concert at Brooklyn Steel. WITH LOVE is streaming here.