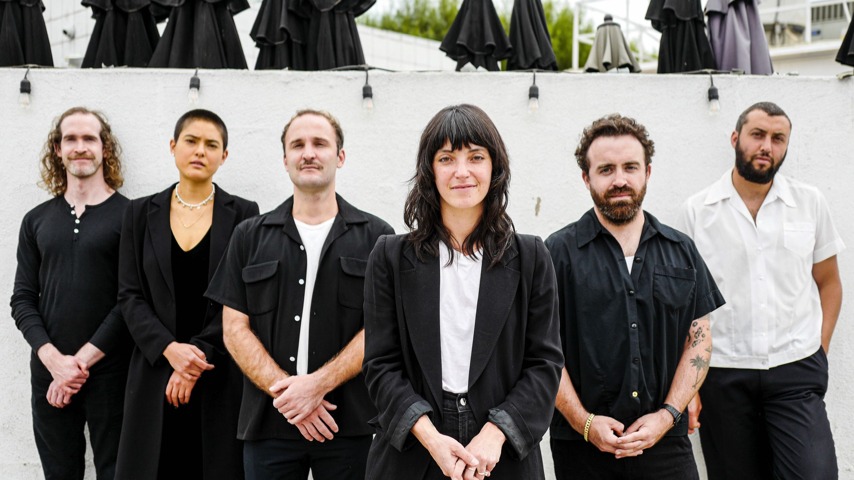 Sharon Van Etten is sharing a double LP in celebration of her album epic turning 10. The original album will be re-released, along with an album’s worth of epic covers from the likes of Fiona Apple, IDLES and Big Red Machine. epic Ten arrives April 16 via Ba Da Bing.

The release of epic Ten comes along with a documentary showing the making of the original album and a virtual concert, which will stream April 16-17. The concert will see Van Etten and her band performing all of epic at Zebulon LA, and the profits will benefit the venue that was so vital to Van Etten’s early career.

A new cover song off the album will be released every Thursday prior to epic Ten’s release. Big Red Machine (Justin Vernon of Bon Iver and Aaron Dessner of The National) kick off the countdown today (March 4) with a cover of the leading track “A Crime.”

Dessner said of working on the covers album:

Sharon is one of my favorite songwriters and I’ve been very lucky to get to collaborate with her many times over the years. Recording “A Crime” with Justin, more than 10 years after we covered “Love More” at Music Now with my brother Bryce—and thinking about all our shared memories—it felt like coming full circle. It’s an honor to be able to pay tribute to Sharon and her incredible songs. We felt like the door should be about to fall off the hinges of this version and I think it sounds like that.

Listen to Big Red Machine’s cover of “A Crime” below, plus Van Etten’s 2010 Daytrotter session, and keep scrolling for the covers album artwork and tracklist. You can purchase tickets to the epic Ten Concert Livestream right here.