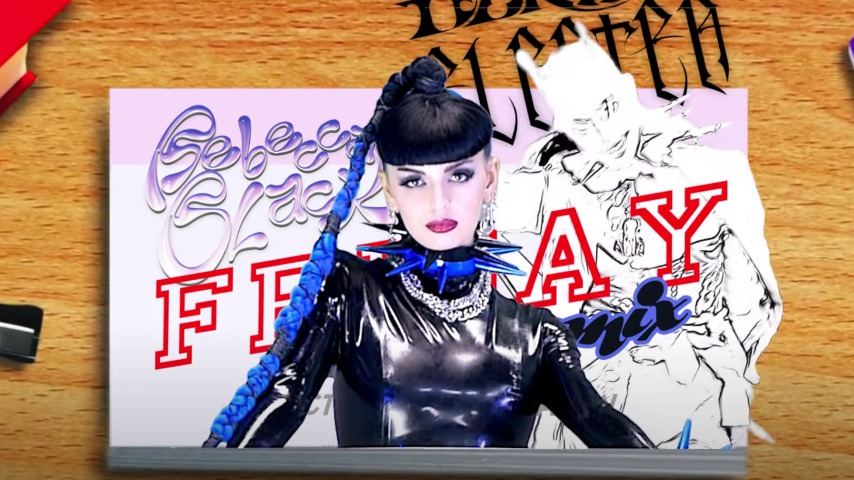 The internet’s favorite song to hate was treated to a remix in honor of it’s 10th anniversary.

Rebecca Black’s “Friday” went viral in 2011 and remains in YouTube’s top 20 most-disliked videos to this day, even after being taken down and re-uploaded following a legal dispute between ARK Music and then-13-year-old Black. The singer even received death threats over the song’s annoying and nasally performed nature at the time. It’s worth noting that Black continues to make music to this day, with much more palatable pop releases such as the queer love song “Girlfriend” in January of this year.

With “Friday”’s reputation as one of the worst songs of all time, a remix produced by Dylan Brady of 100 gecs is a perfect fit: 100 gecs is likewise famous for their divisive brand of sense-assaulting hyperpop. The song features another hyperpop artist in Dorian Electra, as well as rapper Big Freedia and late-2000s hitmakers 3OH!3.

The music video for the remixed “Friday” calls back to the original video and has a host of other references to early internet culture. With a strobe warning needed in the introduction, the video features enough chaotic visuals to make the whole thing feel like a bad trip. Black originally announced the remix in a tweet where she also revealed the song had been certified gold on Monday:

surprise this week FRIDAY turns 10 AND has gone GOLD been cooking up a very special remix featuring some iconic people………..it drops on the 10 year anniversary TOMORROW NIGHT @ MIDNIGHT pic.twitter.com/PTr1M6HRDm

Watch the music video for the “Friday” remix below, and listen to “Girlfriend” here.