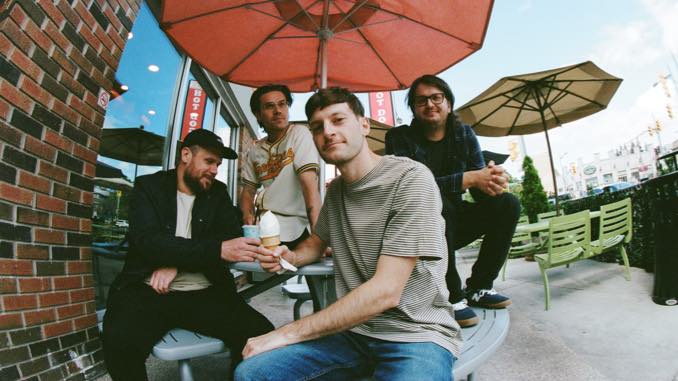 The band’s new tracks were produced by Grammy-winning indie-rock veteran Peter Katis (Interpol, The National, Kurt Vile), while fellow Canadian punk musician Kathryn McCaughey (NOBRO) is featured on “Waiting.” Both “Waiting” and “Kill Something”—the latter of which was inspired by Babcock’s dog Moose, “who loves to destroy his favorite things, and then is sad that those things are destroyed,” per a press release—are explosively cathartic rippers that turn angst into pure mosh fuel, as PUP are wont to do.

“‘Waiting’ came about by smashing the heaviest riff Nestor could write with the simplest, most uplifting chorus I could write, just to see what would happen,” says Babcock in a statement. “The results were very quintessentially PUP, in that the song is a flurry of darkness and anger through the joyous lens of four guys just happy to be here, four guys who don’t take themselves seriously enough to make music that doesn’t feel like fun, regardless of the subject matter.”

PUP’s most recent release was 2020’s aptly named This Place Sucks Ass EP—one of 2020’s best, if you ask us. A year earlier, they released their acclaimed third album Morbid Stuff, which Paste ranked among 2019’s best albums.

The band’s 2022 tour kicks off with a two-night stand at Winnipeg’s Burton Cummings Theatre on Feb. 7-8, 2022, spanning North America before it culminates in a May 14 hometown show in Toronto. PUP have a few festival sets on the docket, as well: They’re slated for Atlanta’s Shaky Knees Music Festival in May, Cheltenham, U.K.’s 2000trees Festival in July and Málaga, Spain’s Canela Party Festival in August. Tickets for their North American tour are available for pre-sale starting tomorrow (Nov. 10), ahead of general on-sale this Friday.

Listen to “Waiting” and “Kill Something” below, along with PUP’s 2014 Daytrotter session, and find their tour dates further down.