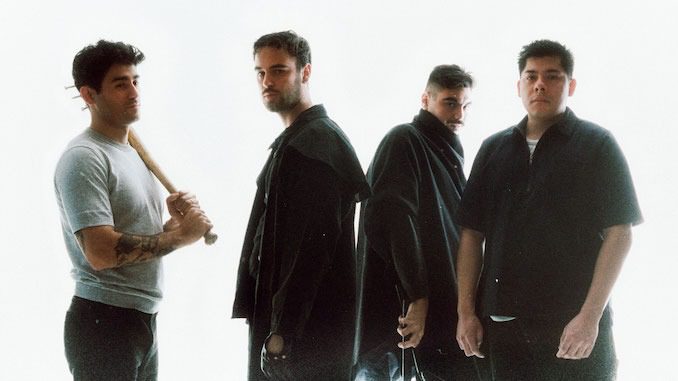 Following the news of signing with their label in May, Los Angeles’ own Provoker has announced their debut album Body Jumper, out Aug. 13 via YEAR0001. The band’s post-punk and industrial leanings make for another exciting act on the eclectic YEAR0001 roster, accompanied by the likes of Yung Lean, Bladee and Ecco2k.

The announcement is accompanied by the band’s newest single “Bugs & Humans,” an ode to the optimistic sound of new wave with their darker, R&B-influenced twist. Vocalist Christian Petty structured the song to be from a child’s perspective, eventually shifting into the darker lens of an adult who feels alienated. The accompanying Alexis Gross-directed video captures the track’s descent into madness as it becomes clear that childlike innocence is fleeting.

Provoker is scheduled to perform several tour dates in support of the album, with their hometown album release show taking place at The Echo in Los Angeles, California, on Sept. 9.

Watch the video for “Bugs & Humans” below and see the album artwork, tracklist and tour dates further below. You can preorder Body Jumper ahead of its Aug. 13 release here.