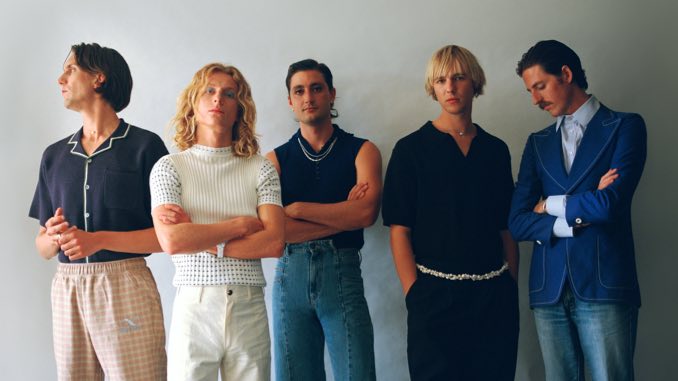 Australian dance-pop group Parcels have released “Free,” the group’s first new music since their self-titled debut made waves in 2018. The sun-kissed track falls in line with what we’ve come to expect from Parcels: ‘70s-evoking funk guitars and keys, with sultry and smooth vocal melodies. What else could you expect from a band that boasted a Daft Punk collab on one of their first singles?

Of “Free,” the band says in a statement:

Jules [Crommelin] wrote this song one morning when we were in lockdown, split up across separate sides of the globe. While the lyrics appeared to grapple with complications in his long-distance relationships, it couldn’t help but feel like a letter to the rest of the band at the same time. To express oneself openly and truly without fear is a freedom many of us don’t even realize we’re without. Recognizing it is an uplifting moment because then we can start to work on it. In Jules’ case, this manifested in “Free”—a hopeful call across the world for vulnerability and realness from a sunny garden in Mullumbimby.

Accompanying the single is a video directed by vocalist/guitarist Jules Crommelin’s sister, Carmen Crommelin. Carmen says of the video, which features gorgeous, cinematic shots of a couple in France, “Making this video has been wild, mostly due to the obstacles of filming in a raging hotspot in Paris and a completely locked down country, Australia—both representative versions of home. It’s why and how I chose to focus on one character from child to adult, to express the deeper conversations I was having with the band, and also what I was feeling at the time. Writing the scripts while Parcels recorded the music around me, was a very special experience. This video blurs reality with fantasy, painful honest truths hidden amongst everyday benign normality. It’s a journey but it’s totally non-linear, and I can’t wait to show everyone where it’s going. ‘Free’ sounds incredibly uplifting and it’s full of hope, but when you listen closely it’s not that simple, but that’s what being a human is right? I think that’s the magic of Parcels.”

Below, check out the video for “Free” and revisit our feature with keyboardist Louie Swain here.