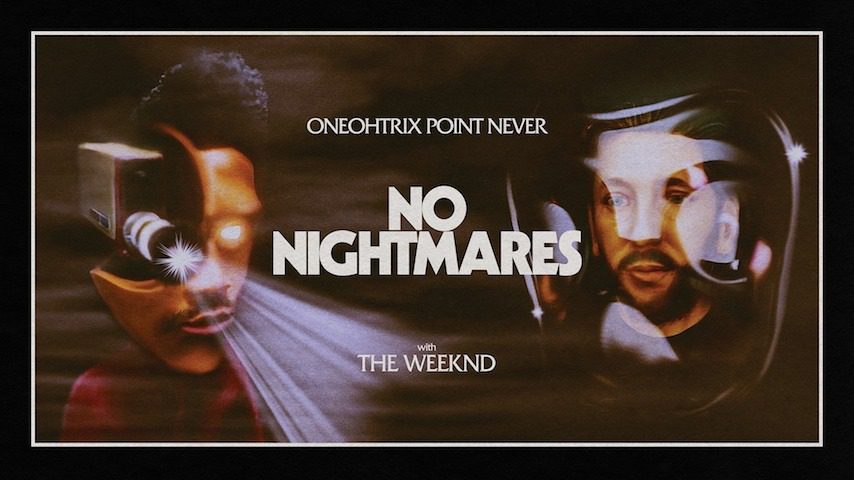 “No Nightmares” features electronic production that stretches space and time, and it nestles The Weeknd’s vocals under cascading synths. The music video was directed by Nate Boyce and features CGI animation of alien-like, robotic characters and alter egos of Lopatin and The Weeknd.

Boyce says of the video:

Dan initially sent me an excerpt of Fear of the Inexplicable by Rilke as a prompt to start working on our idea of a debased animation. Abel and Dan traverse psychoanalytically charged scenarios and spaces that evoke a lurid mix of art and architectural references. Eventually I started to associate the implications of the Rilke poem to the biblical story of the Binding of Isaac, an anxiety inducing story I hated as a kid that became a subtext for the latter half of the piece.

Watch the video for “No Nightmares” below. Read Paste’s coverage of the pair’s performance on Saturday Night Live earlier this year here.