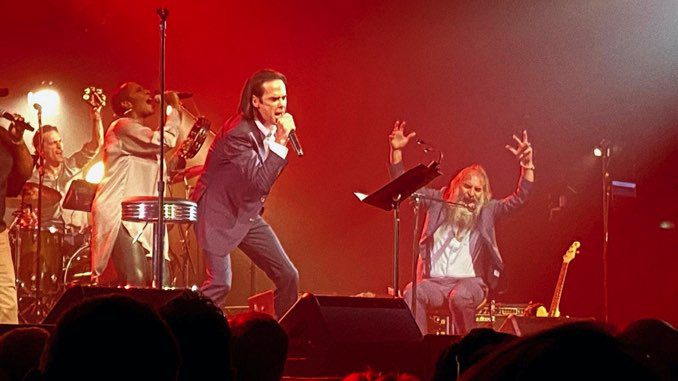 Longtime collaborators and Bad Seeds bandmates Nick Cave and Warren Ellis unleashed Carnage in February, and have now announced a spring 2022 tour in support of the album, taking their debut album as a duo on the road in North America for the first time.

Cave and Ellis will play 17 shows in the U.S. and Canada in March and April of 2022, starting with a March 1 show at the Thomas Wolfe Auditorium in Asheville, North Carolina. They’ll cross to the West Coast and eventually make their way back east, concluding with a two-night stand at Montreal’s Salle Wilfrid-Pelletier.