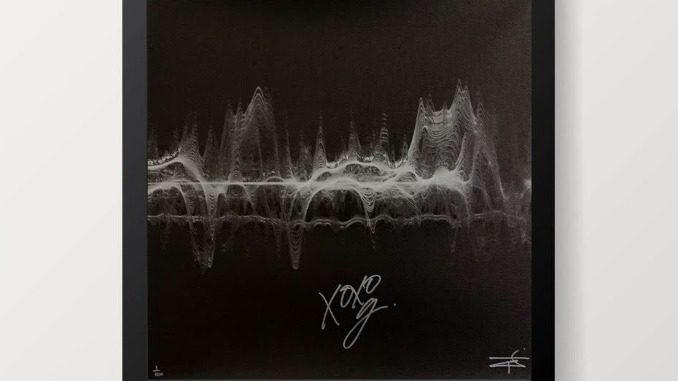 My Chemical Romance made another announcement via social media today and no, it’s still not a new single. The band is celebrating the 15th anniversary of their groundbreaking emo album The Black Parade by auctioning off some hand-signed artwork off for charity.

The band is collaborating with Tim Wakefield’s Soundwaves Art Foundation, which teams up with musicians to create art based on the sonic look of their biggest hits in order to raise money for various causes. All of the proceeds from My Chemical Romance’s piece, made from the album’s distorted sound waves, will go to The Trevor Project, who specialize in suicide prevention services for LGBT+ youth, and to KultureCity, who are dedicated to creating accessibility for the sensory needs of those with invisible disabilities such as autism or PTSD.

The original print of the Black Parade-inspired artwork, as well as limited copies signed by Gerard Way and unsigned prints, are all up for grabs. You can place your bids by visiting the Soundwaves Art website. In the meantime, check out Paste’s ranking of My Chemical Romance’s most underrated songs right here.