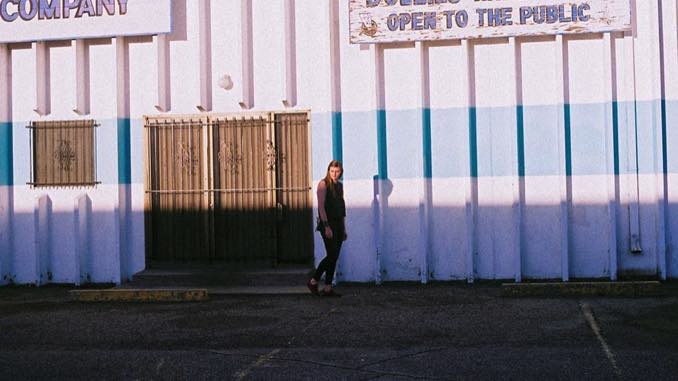 “Heaven metal” multi-instrumentalist Madeline Johnston has announced her third album as Midwife, Luminol, out July 16 via The Flenser. After sharing the album’s closer “Christina’s World” in April, the New Mexico-via-Colorado artist now releases its opener, “God Is a Cop.”

If “heaven metal” doesn’t compute for you on paper, it will soon after you push play on “God Is a Cop,” a hauntingly minimal experimental-pop track that revolves around “the evil thought” Johnston can’t shake, no matter how hard she tries: “Am I the villain, am I the cop?” Her gentle keys—so soft, it’s as if she’s barely touched them—and thrumming guitars echo over and over again, a dreamlike, yet subtly disturbing reflection of her fixation.

The follow-up to Midwife’s acclaimed 2020 album Forever, Luminol has an origin story common among COVID-era albums: Robbed of touring by the pandemic, Johnston shifted her focus back to writing and recording her new six-song set.

A press release unpacks her new album’s title and core concept as follows:

Luminol is a chemical used by forensic investigators to reveal trace amounts of blood left at a crime scene. When it reacts with blood, luminol emits a chemiluminescent blue glow that can be seen in a darkened room. In the same way this chemical reveals evidence at a scene, Midwife is interested in profound truth—turning trial and tribulation into sources of light. Luminol navigates themes of incarceration, locus of control, clarity, self harm, confinement, agency and truth-seeking, all erupting in a bioluminescent Rothko color-field of blue.

Johnston’s collaborators on her latest include her The Flenser labelmate Dan Barrett (Have A Nice Life), Tucker Theodore, Angel Diaz (Vyva Melinkolya), Zachary Cole Smith and Colin Caulfield of DIIV, and Ben Newman.

Watch the “God Is a Cop” video below, plus Midwife’s 2017 Daytrotter session, and see the details of Luminol further down. You can preorder the record right here.